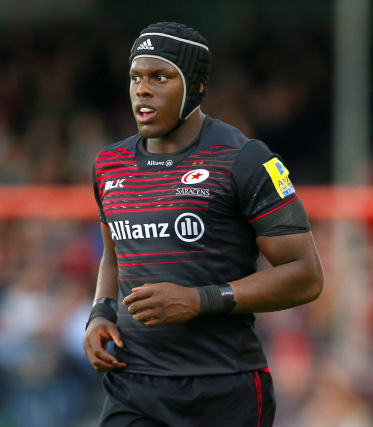 Maro Itoje has joined the raft of England internationals to commit their long-term future to Saracens despite the club’s relegation to the Championship.

Saracens will play in the second tier next season after a points deduction for breaching salary cap regulations.

“I’m massively excited to be a part of this club,” he told Saracens’ official website. “I’ve been part of Saracens since I was 14-years-old, and we’ve had some great memories.

“The culture at Saracens is second to none and I think that’s evident for everyone to see.

“I’m really looking forward to the future; the future is going to be brighter than our past. The future is in our hands and we have the power to shape our own destiny.”

Director of Rugby Mark McCall said: “From his early days in our academy, to being part of the club’s biggest moments, Maro has been a vital member of the Saracens project and we are thrilled he is committing to Saracens.

“On and off the field, Maro is a diligent, professional and thoughtful individual, who sets the example of what it means to use every opportunity you are given to improve.

“At 25, it is very exciting to think where he can take his game, this team and our club in the future.”