Leicester have no intention of selling Ben Chilwell – Brendan Rodgers 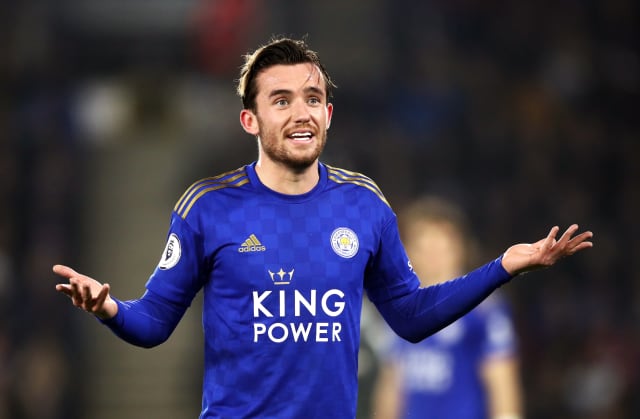 Chilwell has been ruled out for the rest of the season with a foot injury, but Rodgers is adamant that the 23-year-old has not played his final game for the Foxes.

Chelsea have been heavily linked with a summer move for Chilwell as Blues boss Frank Lampard seeks to further strengthen his squad following the signings of Hakim Zayech and Timo Werner.

“He’s a Leicester City player and not a player we want to lose,” Rodgers said when asked about Chilwell’s future ahead of the Premier League trip to Tottenham on Sunday.

“I’m quite relaxed on it. I’m not worried at all. We’ve got a fantastic squad, a squad we want to keep together.

“There’s no intention to sell Ben Chilwell and there’s absolutely no need to sell.

Leicester fans maybe got a glimpse of their left-back future during the 2-0 home victory over Sheffield United on Thursday.

Luke Thomas, a 19-year-old academy graduate, made an impressive senior debut and Rodgers believes the teenager has a big future.

“This is why he has travelled in with his parents four or five times a week into the academy since he was a young boy,” Rodgers said.

“The objective is to play for the first team and I was thrilled for him.

“It’s so great as a coach when you know you have a talent and they go in and do as well as what you hope.

“It’s the beginning of what hopefully will be a fantastic career.

“There’s still so much work to do but to cope with a really good Sheffield United side with so much quality and physicality was a really good start.

“There will be bumps along the way, I’ve seen that with young players, but he’s very level-headed and he’s got real quality.

“He’s a fantastic talent and there will be many more opportunities for him.”

But their advantage over fifth-placed Manchester United is only by virtue of goal difference, and the two teams will meet at the King Power Stadium on the final day of the season on July 26.

“We can now give everything and play with freedom,” Rodgers said after only their second post-lockdown win against Sheffield United confirmed the minimum of Europa League qualification.

“Our target at the beginning of the season was to get Leicester City back into Europe, and for the players to do that with two games to go is superb.

“We have the opportunity to achieve something more. If we keep the standard, we’ll know we’ve got as good a chance as anybody.”