Eddie Howe: Danny Ings determination an example for other footballers 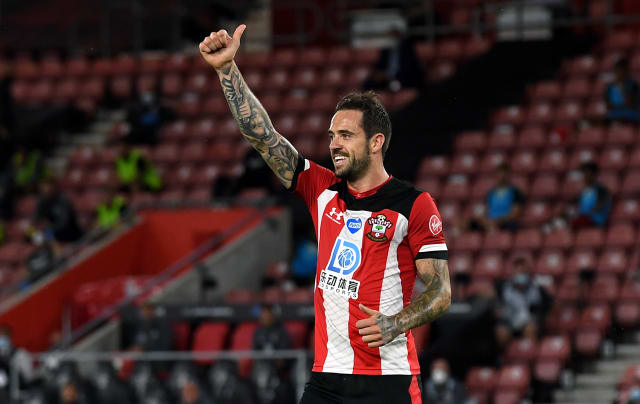 Eddie Howe says Danny Ings’ determination is a shining example to other footballers as he prepares to stop the in-form Southampton man returning to haunt relegation-threatened Bournemouth.

Saints striker Ings has struck 20 Premier League goals during a prolific campaign and remains with an outside chance of claiming the golden boot.

The 27-year-old began his career with the Cherries in League One and will be back at the Vitality Stadium on Sunday attempting to add to the current woes of his struggling former club.

Bournemouth boss Howe, who handed Ings his professional debut a decade ago, feels the player is deservedly reaping the rewards of his drive to succeed having worked his way through the divisions and been blighted by a string of injury issues.

“Danny’s a great example of what you can achieve even in difficult circumstances because his background and everything he went through to make it as a footballer wasn’t a smooth journey at all,” said Howe.

“He had a lot of challenges along the way. He needed great mental strength to overcome those hurdles and the thing that struck me with him was just his desire and motivation levels were always so high.

“The thing I remember about Danny, it wasn’t just making it as a footballer, he wanted to get to the top.

“He wanted to be the very best and I’m sure he’s kept that right throughout his career and he’s reaped the benefits of that mindset. Of course you need the talent to back it up but he has that in abundance.”

Ings won a solitary England cap in 2015 and has got his top-flight career back on track with boyhood club Southampton after fitness issues ruined his time at Liverpool.

Howe, who also managed the player at Burnley, saw his own playing career ended early by injury.

He has remained in touch to offer support to Winchester-born Ings and says the pair have “a very good relationship”.

“He’s someone I have kept in contact with but I wouldn’t say on a too regular basis,” said Howe.

“I think it’s very difficult when you’re competing in the same league and the rivalries and the close proximity of everything – I would never try and undermine another manager by speaking to a player.

“But with the injuries, that kind of situation is very different. It’s only right you show support to any player in that position – that’s what I have tried to do.

“Me and Danny have a very good relationship.”

Bournemouth sit perilously positioned in 18th place and must take maximum points from their two remaining fixtures to stand a  realistic chance of remaining in the top division for a sixth season.

The Cherries have an opportunity to complete a first league double over south-coast rivals Saints but, given the alarming league standings, Howe played down the significance of local bragging rights.

“I wouldn’t read too much into the Southampton link to the story,” he said.

“I think it’s about us trying to stay in the division and trying to win the game.”