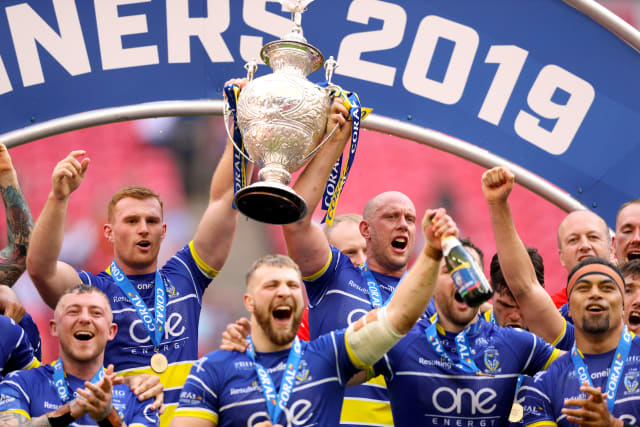 However, it has not yet been determined if the annual showpiece will be played at Wembley.

The RFL do have the national stadium provisionally booked, but will make a decision in due course in line with government advice on whether crowds can be admitted to games.

The final was originally scheduled for this Saturday but was postponed after the season was halted due to the coronavirus pandemic.

The 2020 season is to resume behind closed doors on August 2. With Super League fixtures published on Thursday, the RFL has now released its calendar details for the revised Challenge Cup.

The competition, which had reached the last-16 stage, will resume on the weekend of August 22-23.

The headline matches of holders Warrington versus Wigan and Super League champions St Helens against Salford will feature in a double-header at Huddersfield, broadcast live on TV by the BBC.

The quarter-finals have been rescheduled for the weekend of September 19-20 and the semi-finals for October 3. Venues for these matches will also be announced at a later date.

RFL chief commercial officer Mark Foster said: “We are delighted to be able to confirm the place of the Coral Challenge Cup in the revised schedule for the 2020 rugby league season, including Saturday, October 17 as the new date for the final.

“We will confirm the outstanding details, including the venue for the 2020 Coral Challenge Cup final, as soon as possible – and we are grateful to those supporters who bought tickets for the original date in July for appreciating the unique circumstances which mean ongoing uncertainty.

“With increased optimism about the return of crowds to professional sport in the autumn we are still working through all venue options for all remaining rounds, to be able to react to any changes to the government guidance over the coming weeks and months – and should the best option be to host the final at Wembley Stadium we do have it provisionally booked for Saturday, October 17.”