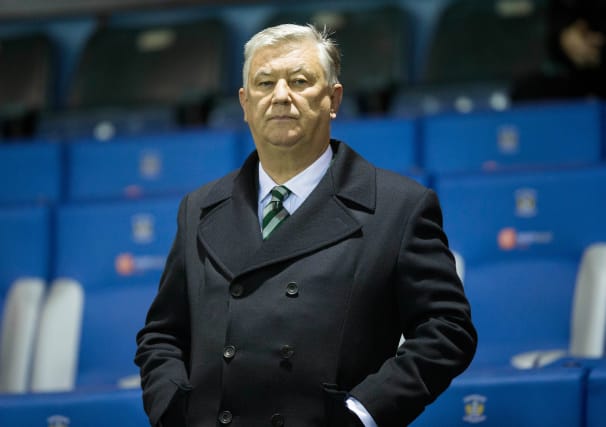 Celtic have emphasised their belief that the return of Scottish football should be accompanied by a phased reintroduction of supporters to matches.

It has been announced that selected sporting events in England – the World Snooker Championship, the Glorious Goodwood horse racing festival and two county cricket friendlies – will pilot the return of spectators, who have not been able to attend since March due to the coronavirus pandemic.

That plan, which is part of a further easing of lockdown measures announced by Prime Minister Boris Johnson on Friday, is with a view to crowds coming back more widely on a socially-distanced basis from October.

The Ladbrokes Premiership was given the green light earlier this month for the 2020-21 season to begin on the weekend of August 1.

A statement from Celtic on Friday said the club hope Scottish football “will not be left behind as grounds re-open to supporters around Europe.”

It added: “Following the indication of ‘pilot’ games with spectators in the rest of the UK from next month, Celtic believe that the same approach can safely be adopted in Scotland.”

Celtic chief executive Peter Lawwell said: “We have discussed the idea of ‘pilot’ games with the Scottish Government and believe it provides a safe, sensible way forward.

“As a club, we have put enormous thought and effort into making Celtic Park fully compliant with all public health-related requirements while allowing our supporters to return to watching football.

“It is acknowledged that Scottish football has been exemplary in implementing all the safeguards required of it, first to get back into training and, from August 1, to playing competitive SPFL matches.

“We are convinced that this should now be accompanied by a phased return of spectators, which would be good, not only for the game of football but also for public health and morale in Scotland more generally.”

Lawwell stressed that Scottish clubs are “much more dependent on matchday revenues than other, larger leagues” and said: “That factor should be taken account of, so long as the public health obligations are met, to which we are entirely committed.

“We also have an obligation to our own supporters to make the case for them to be allowed to watch live football, particularly when they can see the steady progress towards this in other European leagues.

“Alongside other sporting bodies, Celtic will continue to engage in constructive dialogue with the Scottish Government and look forward to early progress.”