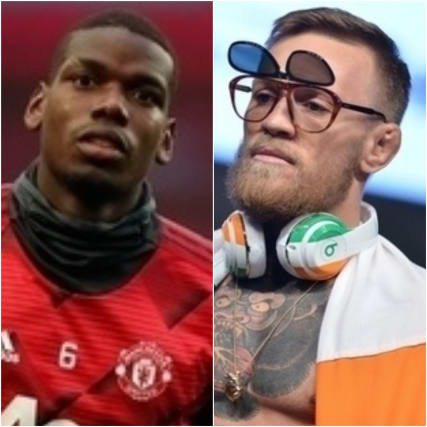 Here, the PA news agency looks at some of the best examples from July 16.

Wycombe’s players have been busy getting messages from the Premier League since securing promotion on Monday. First, Adebayo Akinfenwa received a video from Jurgen Klopp and now Nnamdi Ofoborh has one from Manchester United midfielder Paul Pogba.

“I heard about you and wanted to congratulate you on your promotion to the Championship,” he said. “I’m gonna be looking after you and until you get to the Premier League.”

Tottenham boss Jose Mourinho could finally pass Sir Bobby Robson’s statue with a smile on his face after winning a Premier League match at St James’ Park for the first time in eight attempts.

Manchester City unveiled their new home kit for next season.

New signing Hakim Ziyech is relishing his chance to shine at Chelsea.

Virgil Van Dijk is keen for Liverpool to bounce back from the defeat at Arsenal and end the season strongly.

While Reds midfielder James Milner wants lessons to be learned from the loss at the Emirates Stadium.

Former Gunners and England defender Tony Adams was back on his feet.

Borussia Dortmund forward Erling Haaland was earning his keep in the off-season.

Back at Wycombe and boss Gareth Ainsworth was given a rousing reception after leading the club to promotion… from his neighbours.

England and West Indies took a knee before the start of the second Test.

David ‘Bumble’ Lloyd was having mask issues at Old Trafford.

Kevin Pietersen was getting back into the swing of things on the golf course.

Birthday boy Conor McGregor was living life in the fast lane, before sending a cheeky message to Manny Pacquiao.

Hello all you cool cats and kittens! Keighley Cougars have a new celebrity fan…

Elina Svitolina was in buoyant mood.

Genie Bouchard has a career lined up after tennis.

McLaren’s Lando Norris was set for action ahead of this weekend’s Hungarian Gran Prix.

Williams rookie Nicholas Latifi did his homework with a stroll around the track.

Glen Durrant continued his preparations for the World Matchplay.

Usain Bolt was staying in shape.