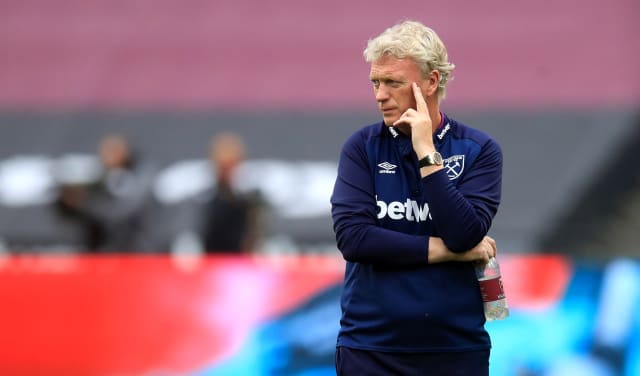 David Moyes has echoed the words of the Archbishop of York as he stressed how he feels the mantra “promise less, deliver more” is relevant to West Ham.

The Hammers are currently 16th in the Premier League on 34 points with three games of the season to go.

Boss Moyes began his second stint in charge at the club when he replaced Manuel Pellegrini in December on an 18-month contract.

Ahead of Friday’s home clash with 17th-placed Watford, the Scot emphasised the focus will not be on forward planning until West Ham know what division they will be in next term.

And he subsequently made reference to a comment made by Archbishop of York John Sentamu to Health Secretary Matt Hancock on the BBC’s Question Time programme in April.

Moyes said: “Of all the things I heard most in lockdown, (one) came from the Archbishop of York, and he said “promise less, deliver more”, and I think that has to be a little bit at West Ham.

“We have to make sure we deliver more. We can’t keep promising that we’re going to finish in high, high positions. We need to build this club.

“We suddenly can’t go from this position to way up the league – I hope we can, but this has got to be something we can do, and we have to be careful we don’t promise too much which we can’t deliver.

“I’m saying we need to continue to build, and hopefully building means getting better. But sometimes you have to promise less and deliver more.”

In Moyes’ first spell as West Ham boss, which saw him guide them to safety in 2017-18, the opening match was against Watford, a 2-0 away defeat.

Moyes says that contest in November 2017, and a particular incident involving Marko Arnautovic, left him thinking he wanted to make them “harder and tougher”.

And he feels there is a perception of West Ham that needs to be changed.

Regarding the November 2017 game, Moyes said: “The biggest memory from that was Marko Arnautovic came off with a sore finger, and I thought, ‘my goodness’.

“I wanted to get away from the West Ham team which is soft and pushovers. I wanted them to make them harder and tougher, because we were in a relegation battle.

“Not only did that show me something, I think it showed Marko Arnautovic something. I think from that day, hopefully we became a better West Ham team.

“(Now at the club) I see a group of committed players. I saw committed players then. But what we need to do overall is there is a cultural change that needs to come at West Ham, through many things that need to be done, on the pitch, off the pitch.

“I think we need to change a lot of how West Ham is seen and I hope in time, given that, we can do that.”

Asked if when he was Everton manager his perception of West Ham had been that they were a little soft at times, Moyes said: “Yes, it was. I think a lot of managers, a lot of people, would still see it that way. We have to have that changed and affected, alter that culture.”

He added: “It’s not the time to talk about making new history, because there’s a big job to do before we’re in that position.

“But let’s see what we can do. We’re going to try to build up, improve, and if we can, make West Ham one of the great clubs in the country again. But we can’t do that if we’re not a Premier League team.”