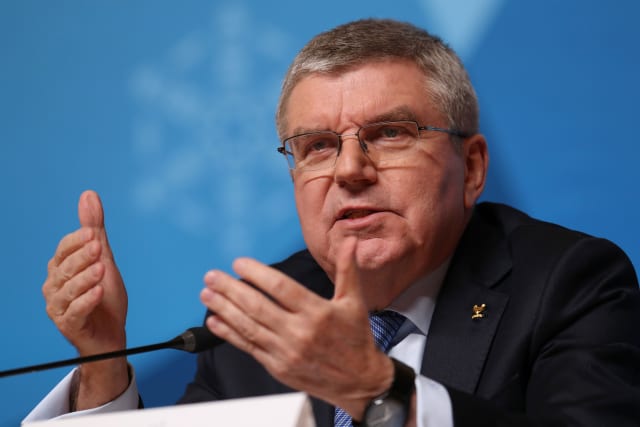 International Olympic Committee president Thomas Bach has spoken out on the allegations of bullying within British gymnastics, stating that abuse of any kind is “clearly against everything we stand for”.

Amy Tinkler became the latest elite or former elite GB gymnast to criticise the bullying and abuse culture in the sport when she spoke out on Tuesday, following the statement issued by the Downie sisters, Becky and Ellie, late last week.

Gymnasts from all ages and levels of the sport have gone public to reveal instances of bullying and abuse which have prompted British Gymnastics to launch an independent review. On Wednesday, the national governing body for the sport confirmed it had revoked the membership of an acrobatics coach.

The allegations centred around British Gymnastics follows a sex abuse scandal in the same sport in the United States, and Bach says although the IOC has worked hard to improve safeguarding in Olympic sports, more will need to be done.

“We have given advice and we have also asked for clarification wherever clarification was needed, because these cases are clearly against everything we stand for,” he said.

“We will not give up and we will do whatever we can with regard to prevention but then also to follow up on cases that would be or should come under our jurisdiction.

“We take all these cases very, very seriously from the very beginning. You may remember that already a couple of years ago we issued a toolkit concerning abuse and harassment of athletes which is available for the entire Olympic Movement.

“That has been very well appreciated and applied in various parts of the world. Nevertheless we have seen some recent cases in a number of countries which is even more concerning.”

Beth Tweddle, who won bronze on the uneven bars for Team GB at London 2012, posted a message on her Instagram account on Wednesday saying that she had been dismayed to learn of others’ experiences.

She wrote: “Gymnastics is my life, and it’s been a difficult week or so for everyone in gymnastics reading and watching the stories in the news.

“You should never be afraid to talk and it hurts me to learn that gymnasts have not felt like they can do this. Sharing feelings, talking about experiences and being open is, I believe, the only way to create a positive and healthy environment.

“I welcome the independent review and I urge all gymnasts to talk, to contribute and share their experiences both positive and negative to ensure that our sport can be safe and enjoyable for everyone.”

British Gymnastics said on Wednesday that Neil Griffiths, an acrobatics coach, had been expelled as a member of the organisation.

It is understood the decision follows allegations of bullying made against him in 2015.

Tinkler, 20, says her “experiences as a club and elite gymnast”, and the subsequent failure of governing body British Gymnastics to act on her complaint, led her to announce her retirement in January.

It had been widely assumed that Tinkler, who won Olympic bronze at the age of just 16 four years ago, had retired due to injury after undergoing three ankle surgeries in the wake of her success at Rio 2016.