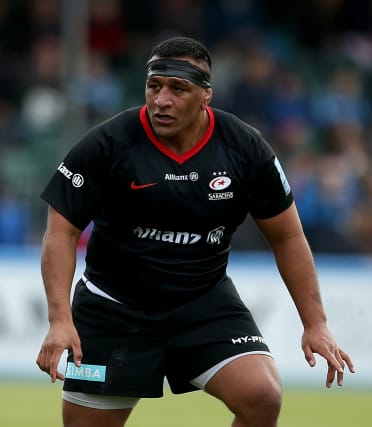 England prop Mako Vunipola has become the latest player to announce he will remain with Saracens despite their impending relegation to the Championship.

Saracens will be demoted to the second tier in 2020-21 following repeated salary cap infractions but Vunipola has signalled his intention to stay with the club who signed him from Bristol nine years ago.

“They’ve looked after me, given me the opportunity to be the player that I’ve been and given me the platform to keep improving.

“I have no doubt the club will be back and fighting for championships and that’s part of the reason why this decision was quite easy.

“It wasn’t all too difficult for me as I could see the group we had and the strength of the club. I’ve no doubt we’ll attack this challenge like we have done with the other challenges we’ve had before.”

Vunipola has made 168 appearances for Saracens and he joins the likes of England team-mate Jamie George and Scotland international Sean Maitland in committing his future to the club.

Saracens director of rugby Mark McCall said: “Mako is a world-class player who is able to combine an innate understanding of the game with brutal physicality and an incredible skill set.

“The Vunipola family are an integral part of the Saracens story; Mako is a hugely respected member of the squad who shows genuine care for his teammates. We are delighted he has committed his future here.”

Saracens will be relegated from the top flight at the end of this campaign for breaching the salary cap regulations for three seasons.

The club, deducted 105 points and fined £5.4million, will compete in the second-tier Championship next season.