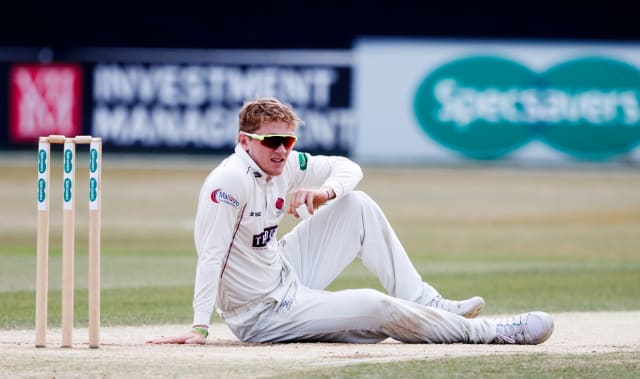 Dom Bess may have gone wicketless on the final day as the West Indies drew first blood in the #raisethebat series, but the young England spinner feels he is currently a “really dangerous” proposition for batsmen.

Figures of nought for 31 paint an unflattering picture given a couple of marginal lbw reviews went in favour of the tourists, while Bess found the edge of Jermaine Blackwood only for Ben Stokes to misjudge the opportunity at slip.

Blackwood’s 95 proved the defining innings as the Windies claimed a four-wicket win at the Ageas Bowl, but Bess is heartened by how he has been bowling after being included in favour of Somerset team-mate Jack Leach.

And, if given the opportunity at Emirates Old Trafford, which would mark his first appearance at the ground, Bess insists the prospect of bowling in the fourth innings is not a daunting one.

Reflecting on how he fared in only his fifth Test, he said: “I know I went wicketless but it could have turned and the thing that I’m focusing on is how well it’s coming out at the moment, I do feel really dangerous and that’s a great place to be.

“As a spinner, some will go your way some days and some won’t, that is cricket. I feel like I am attacking both edges of the bat. My consistency and accuracy within where I am landing it is dangerous.

“People talk about this pressure of it being on me on the last day and I’ve spoken a lot with Leachy about it – this pressure that people put on us. I actually flip it round, it’s a great opportunity.

“It’s like saying to a seamer, ‘It’s a green one today, are you worried about getting them out?’ Well, of course you’re not, you’re excited because it’s probably in your favour a little bit more and that’s how I look at it.”

With the Sri Lanka tour aborted, Bess ended England’s winter as first-choice spinner and he has been heartened to be backed even as Leach returned after sickness and Moeen Ali ended his self-imposed exile from Test cricket.

Leach, as a slow left-armer, may be thought of as more of a threat given all but one of the Windies batsmen are right-handed, so Bess knows his close friend is pushing him hard for his spot.

The current dynamic is an adjustment for the pair given Leach is the preferred option at Somerset, which led to Bess joining Yorkshire on loan for a stint last year. Bess, though, insists there is no rivalry.

He added: “I am playing at the moment but I am not taking it for guaranteed. I know Leachy is behind me and I know how much he is working. I’ve had to fight for my sport for a long time I guess, always being behind.

“Potentially it’s a little bit different at the moment, the feeling. But it’s about making sure that I focus on what I can control. I know it’s a big cliche but it is as simple as that.

“I’ve got to make sure I am doing what I can do, day in and day out. There is no rivalry with it. We are helping each other to be as best we can for the England side. That’s a great place to be.”

England are waiting until Wednesday to name their squad for the penultimate Test, which starts on Thursday and is now a must-win after defeat in a series opener for the fifth successive occasion.

Having been part of the side which bounced back to win the last three Tests in South Africa after losing the first match, Bess said: “I know there is that record of England not getting off to the best of starts.

“We turned it round in South Africa and there is no reason why we can’t do it here.”