George Ford confident players will not burn out with condensed schedule 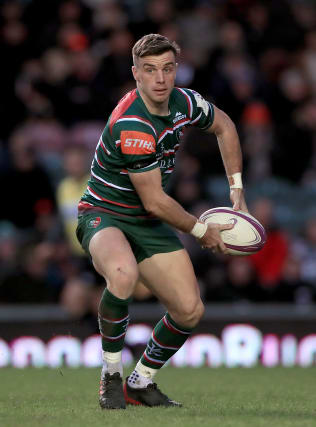 George Ford is confident rugby union’s top players will not be allowed to burn themselves out as they prepare to return to action.

The Gallagher Premiership is due to resume next month after being put on ice in March because of the coronavirus pandemic, and clubs are now stepping up training ahead of the big kick-off.

With a British and Irish Lions tour of South Africa to come next summer, some of the game’s biggest names could have a full year of rugby ahead of them.

Leicester and England fly-half Ford said: “I’m of the understanding and the awareness that there’s going to be things put in place that allow players to have genuine rest, enough rest and it won’t be a situation where players are being put under threat of burn-out.

“That’s my understanding. The situation here at Leicester with (head coach) Steve (Borthwick) and (director of rugby) Geordan (Murphy) is they’re going to have some really strict plans in place in terms of looking after players who potentially are going to go through a high workload of rugby in the next few months, so we’ve got to trust the process.

“As a player, there’s an element of looking after yourself as well as you can as well and being honest with the guys around you, that if you feel like you need to have a rest to have those honest conversations as an individual.”

Such is the tightness of the calendar that midweek fixtures have been scheduled in a bid to complete the current domestic campaign, and the plan drawn up by Borthwick and Murphy will address that too.

Ford said: “I think they have got a plan in place, but we’re unaware of it as players at the minute. It’s a situation where it’s not even the middle of the training block – we’re three or four weeks away from the first game – but I think there is a plan in place.

Representatives of the Rugby Players Association have been involved in the restart negotiations, and it is Ford’s understanding that there will be a limit on pitch-time.

He said: “I don’t think this is fully crystal clear, but I’m of the understanding that it was something like you can’t play more than 160 minutes in a week.”

All you need to know about the new EFL salary caps