Clive Tyldesley to step down as ITV lead commentator 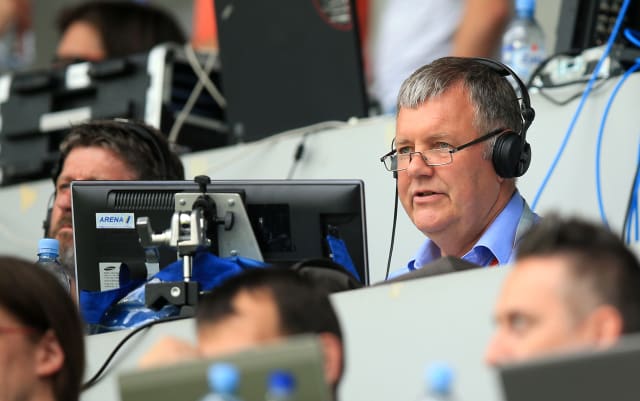 Clive Tyldesley is stepping down as ITV’s lead commentator after 22 years in the position.

Tyledsley, who joined from the BBC in 1996, will be replaced by Sam Matterface at the start of next season, but will continue to work with the station.

Director of ITV Sport Nial Sloane said: “On behalf of ITV Sport, I would like to thank Clive for his superb work leading our commentary on some of the biggest occasions in world football throughout his outstanding career with us.

“We are very glad he will continue with us and look forward to working with him on many more occasions in the future.”

The 65-year-old switched channels in 1996 as he joined to be Brian Moore’s understudy, but got the main job after the 1998 World Cup.

He has narrated some of the most memorable moments of the last 25 years, including ‘that night in Barcelona’ when Manchester United won the Champions League and England’s run to the 2018 World Cup semi-finals.

Matterface, who is already part of ITV’s commentary stable, will step up to the main position, also keeping his role as radio station talkSPORT’s chief commentator.