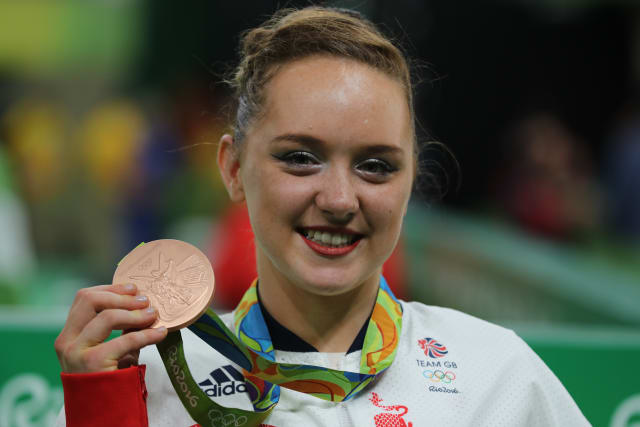 Amy Tinkler has revealed she felt she was left with no option but to quit gymnastics less than four years after becoming Great Britain’s youngest medallist at the Rio 2016 Olympics.

Tinkler, now 20, says her “experiences as a club and elite gymnast”, and the subsequent failure of governing body British Gymnastics to act on her complaint, led her to announce her retirement in January.

She is the latest elite or former elite GB gymnast to criticise the bullying and abuse culture in the sport following the statement issued by the Downie sisters, Becky and Ellie, late last week.

It had been widely assumed that Tinkler, who won her medal in Rio at the age of just 16, had retired due to injury after undergoing three ankle surgeries in the wake of her Olympic success.

Tinkler endured an acrimonious departure from her club shortly after returning from Brazil, and moved to South Essex, a club against whom she has no complaints.

She added: “It took a lot of support and counselling to build up the courage to tell my story.

“I would like to thank Scott [Hann] and the team at South Essex Gymnastics Club for everything they did for me, without their help I would never have had the strength to begin this journey.”

Gymnasts from all ages and levels of the sport have gone public to reveal instances of bullying and abuse which have prompted British Gymnastics to launch an independent review.

Reacting to the continuing revelations, Tinkler added: “I’m heart broken by the stories that have been told over the past week.

“I’m so proud of my fellow gymnasts who have shared their stories, I know how hard it is, and your bravery has been a shining light and inspiration in dark and troubling times for the sport we love.”

British Gymnastics said in a statement: “British Gymnastics received formal notification of a complaint from Amy Tinkler in December 2019 and she provided full details of this complaint to us on 10th March 2020 which then allowed the investigation to proceed.

“It is at an advanced stage and we have kept Amy Tinkler fully informed and provided her with the appropriate support and we will continue to do so. We can make no further comment at this stage in the process.”