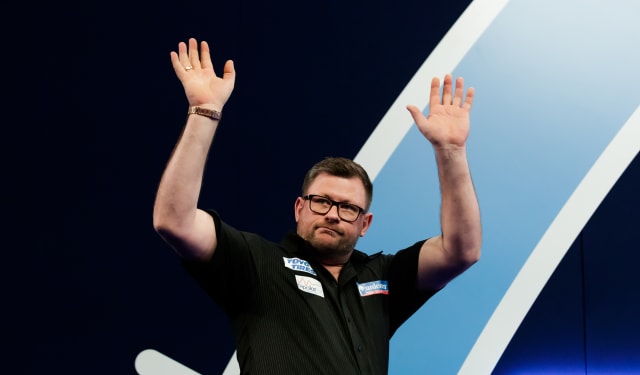 Rob Cross hit the first nine-dart finish of the tournament but could not prevent James Wade winning the latest PDC Summer Series event in Milton Keynes.

Former world champion Cross pulled off the feat in the sixth leg of his semi-final against Mensur Suljovic, wrapping it up with an unorthodox treble 19, treble 16, double 18 checkout.

But Cross was no match for Wade in the final as the Hampshire player surged to an 8-2 victory which included finishes of 156 and 108.

The pair shared the first four legs but Wade’s first three-figure checkout helped him break for 4-2 and his biggest out-shot of the afternoon then took him 6-2 in front.

There was no way back for Cross in the fourth of five PDC Summer Series events which are being played behind closed doors over consecutive days.