Gallagher Premiership teams will not be punished for fielding weakened teams 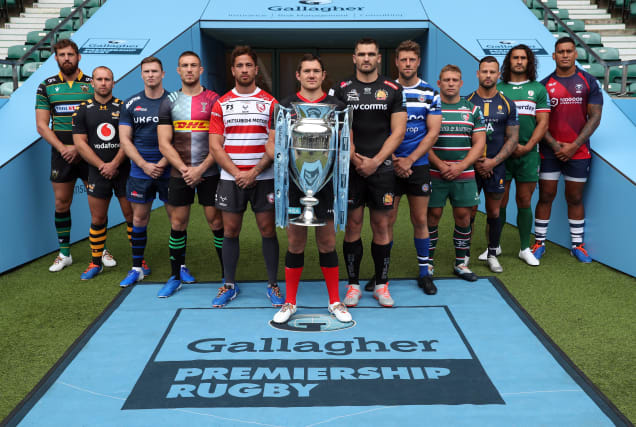 Gallagher Premiership clubs will have flexibility to select whatever team they want during the final nine rounds of the 2019-20 season and will not be punished for fielding a side full of academy players.

The league will resume on August 14 when Harlequins host Sale at the Twickenham Stoop, with the campaign concluding with the final on October 24.

Given the tight schedule, clubs will have to play midweek fixtures and with only four days between some matches.

Phil Winstanley, rugby director at Premiership Rugby, was asked about the possibility of teams fielding academy players and whether the league would do anything to guard against that to ensure the integrity of the competition.

He said: “No, we will not. We have to protect some player welfare. We need to leave that flexibility to directors of rugby to select the right team for the right game.

“I think we will see broader squads and looking at the number of players that we have had into stage two training, we have to assume everyone who is in there is capable of playing Premiership rugby.

“We have to look at the positives and I think it will give opportunities to some young players that might not have had otherwise.”

November 21 has been mooted as the start date for next season, which would give players just four weeks off.

Internationals could be faced with the prospect of playing consistently for 12 months given the British & Irish Lions tour of South Africa next summer.

Winstanley was adamant Premiership Rugby would find a solution with the Rugby Football Union and the Rugby Players Association.

“It is incumbent on everyone in the game to make sure we manage players appropriately,” he added.

“We will continue to work as three organisations and be collaborative in that sense and come up with a solution because it is in everyone’s interest to have a fit playing group.”

Premiership Rugby chief executive Darren Childs insisted all 12 clubs understand why they have made the decision to finish the season with the schedule proposed.

“We all acknowledge this is an exceptional year and we have had to make decisions that in normal circumstances would be difficult to make, but we are doing it for the right reasons.

“The clubs and everyone else agrees with that. We have to move on, manage it carefully and as Phil said there are detailed conversations going on right now to make sure we protect those players for the long-term future of their careers.”

Childs did warn it could be a “year or two” before the league returns to normal, especially if there is a second wave of coronavirus in the UK.

He was satisfied, however, that the announcement of the resumption of rugby had helped provide a positive mood at clubs again.

“Restarting and restarting safely and efficiently has been best vote of confidence that we can get back to normal,” Childs added.

“It may take a year or two, or longer if there is a second spike, but mood has changed now we see that first game is looming into focus and the ability to end the season.”

When the Premiership returns it will be 159 days since the last fixture in March and during the ensuing months a number of disputes have transpired.

Clubs recently voted to reduce the salary cap from £6.4million to £5million for next season and it has resulted in player departures.

Quizzed on whether those cuts could damage the reputation of the Gallagher Premiership, Childs responded: “It is still the best league by a long way and that is a huge pulling power from the top talent around the world and that will always continue.

“There will always be people who want to go off and do something else. It’s been a regular occurrence players finishing their careers in other countries, but the impact we have dealt with is not unique to UK.

“I saw the French league have announced cuts to their salary cap and similar things are being discussed in Japan because we are all facing serious economic issues.

“It will level out and hopefully we will continue to be the most attractive league where the best players want to play their rugby.”