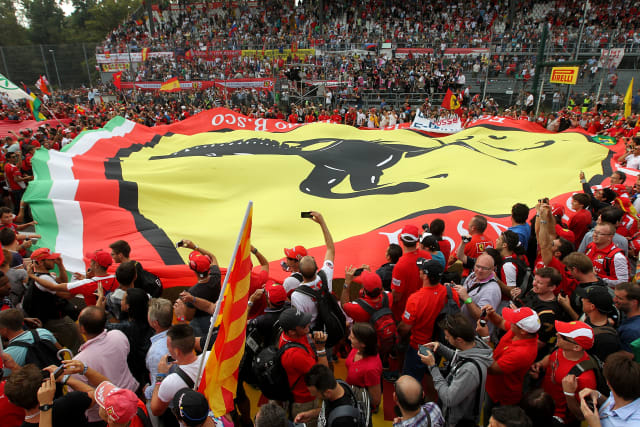 Ferrari will celebrate its 1,000th grand prix at their home track in Mugello after Formula One extended this season’s calendar to 10 races.

The sport will head to the Ferrari-owned track, 25 miles away from Florence, for the first time, with a race at the Sochi Autodrom in Russia also confirmed by the sport’s bosses on Friday.

The Mugello race will be the third instalment of another triple-header, following grands prix in Spa and Monza, and is set to take place on September 13.

The round in Russia has been penned in for September 27. It is understood that fans could be permitted to both events.

F1’s owners Liberty Media remain hopeful of staging at least 15 races this year, and possibly as many as 18.

A race in Portimao in the Algarve is also set to be rubber-stamped in the coming weeks. And while it is yet to be confirmed, the season is expected to end with three consecutive races in the Middle East, with Bahrain to host two rounds before the season closer in Abu Dhabi on December 13.

“We are delighted to announce Mugello and Sochi will be part of the 2020 calendar and want to thank all our partners for their support in recent weeks,” said F1 chairman Chase Carey.

“We had great start to our season in Austria last weekend and we are increasingly confident in our plans to race throughout the remainder of 2020.

“The Russian Grand Prix is a major moment in our season, and we are looking forward to being back in Sochi in September.

“We are equally excited to see a Formula One race for the first time at Mugello, an occasion that will mark Ferrari’s 1000th Grand Prix.

“Both races will be a huge boost for fans with more announcements on the next races in our calendar coming in the weeks ahead.”