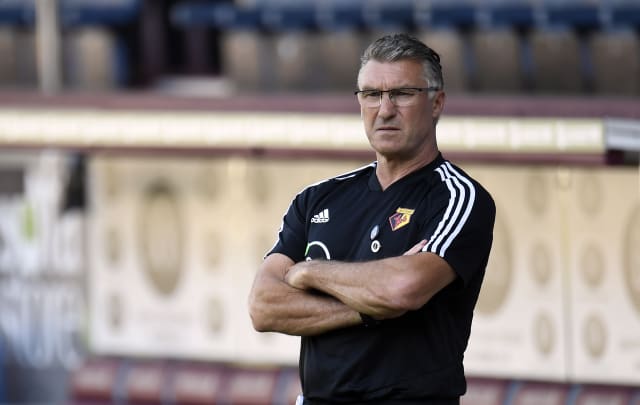 Watford head coach Nigel Pearson insists he will remain fully focused on his own side and not the fortunes of other clubs locked in the Premier League relegation battle.

The Hornets gave their survival bid a much-needed shot in the arm with a 2-1 victory over bottom club Norwich on Tuesday night.

They welcome Newcastle to Vicarage Road on Saturday knowing the win over the Canaries means their top-flight status remains in their own hands.

However, Watford’s season ends with tricky games against Manchester City and Arsenal and they may yet get sucked back into the relegation scrap.

But Pearson, who memorably kept Leicester in the Premier League against all odds in 2015, will not be getting distracted by results from elsewhere.

Asked how many points he feels will be enough to survive, the 56-year-old replied: “No idea, I don’t know.

“Being in the type of position we are in, it is about us really trying to focus very much on ourselves.

“It is never easy to empty your mind from what is happening elsewhere just because it is such a high-profile sport and the Premier League is such a big brand – but you can either choose to watch it or not.

“I think the important thing is to reflect as honestly as possible on your own performances.

“The way I measure our performances is against ourselves and the really focus is on how we get our own players to play as well as we can.”

“He is a very experienced manager,” added Pearson.

“He is somebody who played in the same era as me, he has been successful and the Newcastle job is not an easy one to be a success in.

“Steve would have approached it in a very calm manner, he is a very strong personality – he is in that job and it is a job he cares about for sure.

“They have had some decent results but the expectations at Newcastle are high but he is such an experienced man and he will be looking to end the season as strong as possible.”