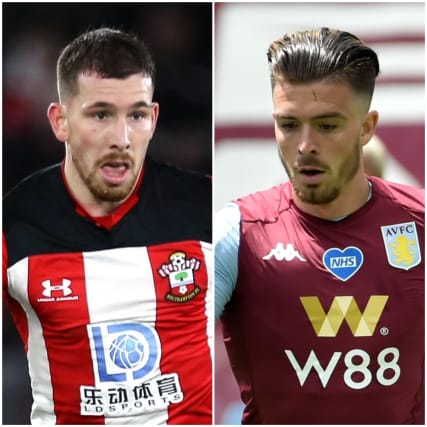 Pierre-Emile Hojbjerg looks to be on his way out of Southampton, with Ajax, Tottenham and Everton all interested in bringing in the 24-year-old, reports the Daily Telegraph.

Speculation linking JackGrealish with Manchester United continues, with Metro reporting that Aston Villa have put an £80million price tag on the player.

Kai Havertz is primed for a move to the Premier League, reports the Daily Star. The paper says the Bayer Leverkusen and Germany winger is set to hand in a transfer request as he looks to make the move to Chelsea over the summer.

Meanwhile, the Daily Telegraph also runs with Havertz, saying that the Stamford Bridge side are looking to play on his desire to link up with Germany team-mates Timo Werner and Antonio Rudiger.

Sheffield United will look to strengthen their side with the signing of ToddCantwell from Norwich for a fee in the region of £10million, says the Daily Star.

Jorginho: Juventus have made an offer for the Chelsea midfielder, including a swap involving Aaron Ramsey, reports Tuttosport.

Hector Bellerin: Arsenal’s wing-back has caught the eye of Sevilla, who will look to make a move for the 25-year-old in the summer, says the Daily Express.

Kevin De Bruyne: The Manchester City man has been linked with a summer move to Paris St-Germain or Real Madrid, says Sporza.

Loss of top spot will spur on Rory McIlroy at US PGA, says Nick Dougherty