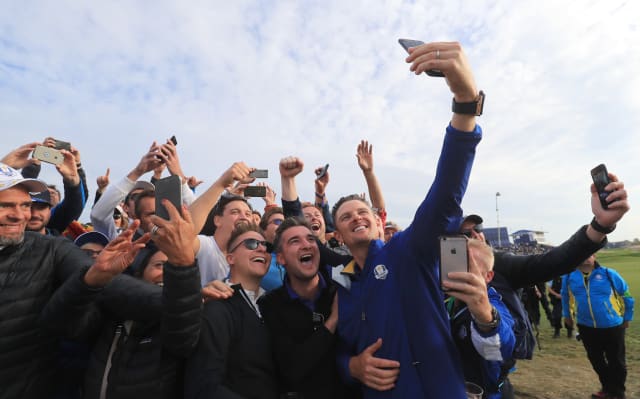 The Ryder Cup has become one of the biggest sporting casualties of the coronavirus epidemic.

Here the PA news agency takes a sport-by-sport look at how the calendar is shaping up.

This year’s Ryder Cup, scheduled for Whistling Straits, Wisconsin, has been postponed until 2021 due to the extent of the coronavirus crisis in the United States.

The Open has been cancelled for the first time since 1945, but the US Open and the Masters are still scheduled to take place in September and November respectively.

The PGA Tour has resumed in the US but a number of players have withdrawn from its events citing health concerns, and initial plans to allow some spectators at next week’s Memorial Tournament in Ohio have been scrapped.

The European Tour will resume this week with the Austrian Open, prior to a six-tournament ‘UK Swing’ behind closed doors, starting on July 22 with the British Masters and continuing through to the UK Championship at the end of August.

Liverpool have already benefited from the Premier League restart on June 17 – now the race is on to complete the remaining matches and clarify the European and relegation places.

The Sky Bet Championship also returned on June 20 but Leagues One and Two ended their season early, like Scottish football – although play-offs in both divisions are ongoing.

Coronavirus permitting, the Champions League will be played out as an eight-team tournament in Lisbon. The eight teams remaining in the competition will take part in a straight knockout tournament between August 12 and 23. The four remaining last-16 second leg matches, including Manchester City versus Real Madrid, will take place on August 7 and 8.

This season’s Europa League from the last eight onwards will take place across four venues in Germany between August 10 and 21.

England’s delayed three-Test series against the West Indies got under way at Hampshire’s Ageas Bowl this week, amid strictly regulated and ‘bio-secure’ environments. Ireland are expected for three ODIs in July, while Pakistan are already in the UK where they are isolating as a group ahead of scheduled Tests in August and September.

County cricket was given the go-ahead to start on August 1 by the England and Wales Cricket Board and the 18 first-class counties will debate the structure of the domestic season at a meeting early next month.

The Gallagher Premiership hopes to resume the 2019-20 season on August 15. There have been no matches played since March but clubs have resumed training.

The paused Six Nations is due to resume in October and conclude on the 31st, with the autumn internationals still slated for November.

Super League will resume on August 2 with a triple-header of matches featuring Hull KR versus Toronto, St Helens facing Catalans Dragons and Huddersfield against Leeds Rhinos.

It is envisaged that, at least initially, games will be played at a small number of neutral grounds. Clubs have agreed to a reduced 22-round competition with a Grand Final in November.

Jamie Murray helped organise a six-day tournament called ‘Schroders Battle of the Brits’ to fill the gap left by the suspension of both the ATP and WTA tours.

The Lawn Tennis Association is running a ‘British Tour’ of four events from July 3-26, while the ATP and the WTA have revised their respective calendars and intend to resume in August.

The US Open will go ahead behind closed doors at Flushing Meadows between August 31 and September 13 while the French Open has been pushed back a week, and is now scheduled to take place from September 27 to October 11.

However, a number of top players including Rafael Nadal have indicated their reluctance to travel to the US, while the image of the sport was hit by the Adria Tour exhibition tournaments in Serbia and Croatia last month, which resulted in a number of players, including world number one Novak Djokovic, testing positive for coronavirus.

The Formula One season belatedly began with a dramatic Austrian Grand Prix in Spielberg last weekend. Another race will be held there this weekend, Silverstone will host two and others will take place in Hungary, Belgium and Spain before the action heads for Italy in September.

The snooker season has resumed with behind-closed-doors tournaments in Milton Keynes. The sport’s governing body intends to stage a full series of qualifying matches prior to the rearranged World Championships, which will start – probably behind closed doors – at the Crucible on July 31.