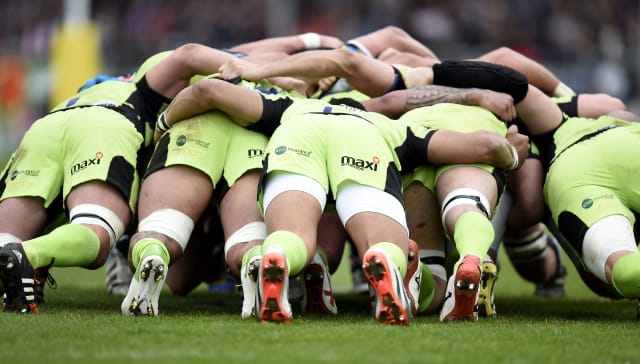 Premiership Rugby has announced 10 people have tested positive for coronavirus following the first round of testing.

The positive results consisted of six players and four non-playing staff from a total of 804 tests and those individuals will now isolate and be assessed in line with the Public Health England-agreed guidelines.

Premiership Rugby has set a target of August 15 for resuming the 2019-20 campaign, which was halted in March due to the coronavirus pandemic.

A statement said: “Premiership Rugby can today confirm that on Monday 6 July, 804 players and club staff were tested as part of the PCR Covid-19 screening programme.

“Of these, 10 people have tested positive. Of those 10, six were players and four non-playing staff.

“Players or club staff who have tested positive and their close contacts will now isolate and be assessed in line with the PHE-agreed guidelines.

“Premiership Rugby and the RFU are providing this aggregated information for competition integrity and transparency.

“No specific details as to clubs or individuals will be provided. The number of positive results will be made public after each round of testing.”

Nine rounds of the 2019-20 campaign remain to be played, with the current aim to finish the season by the end of October.

It has been reported that can be achieved by fitting in three midweek slots – possibly on the weeks commencing August 24, September 7 and September 21 – with the Premiership final being played on October 24.

Rugby has been slow to get back into full training following the pandemic because of the close contact time involved in the sport.

But Premiership clubs were given the green light to move from stage one to stage two of the training guidance on Monday.

“The teams at Premiership Rugby, RFU and RPA and at our clubs have undertaken a huge amount of work to get us to stage two and I commend them for their dedication and tireless commitment to resuming the league campaign when it is safe to do so.”