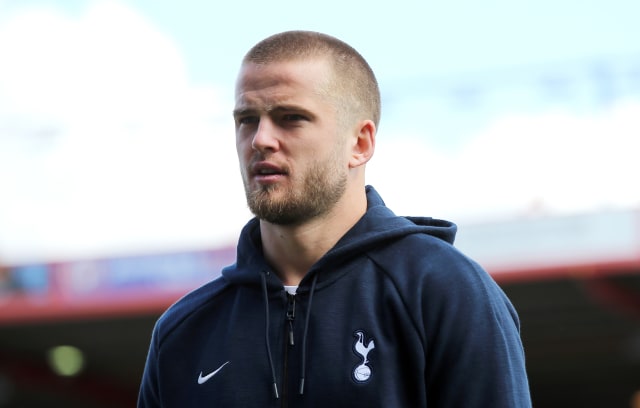 Eric Dier has been given a four-game ban for his altercation with a supporter after Tottenham’s FA Cup defeat to Norwich on March 4.

The Spurs player climbed into the lower tier of the West Stand at the Tottenham Hotspur Stadium to confront a fan who was arguing with his brother.

Here, the PA news agency takes a look at other incidents where footballers have been involved in heated exchanges with fans.

In January 1995, Manchester United’s Eric Cantona astonishingly kung-fu kicked a Crystal Palace supporter at Selhurst Park. After being sent off, the Frenchman attacked Eagles fan Matthew Simmons and launched a serious of punches after he had been abused. He was subsequently banned for eight months.

During his brief stint at Marseille, former Manchester United defender Patrice Evra aimed a kick at one of his own fans ahead of a Europa League tie at Vitoria in November 2017. After the defender and his team-mates had been on the receiving end of abuse, he confronted the supporter, who along with other fans had scaled barriers to reach the advertising hoardings, and kicked him. He was sent off while UEFA banned him from its competitions for seven months and Marseille terminated Evra’s contract with immediate effect.

Sergio Aguero hit out at a Wigan fan after Manchester City had been dumped out of the FA Cup in February 2018. Latics supporters invaded the pitch at full-time and the Argentinian swung an arm at a fan before he was restrained by a member of City’s staff after he had allegedly been spat on.

Brazil international Neymar received a three-match suspension by the French Football Federation after an altercation with a spectator following Paris St Germain’s defeat in the final of the Coupe de France to Rennes in May 2019. While walking up the steps to collect his loser’s medal, the forward was confronted by a fan with a mobile phone and, after pushing away his hand, he raised his right arm to the chin of the man.

Bulgaria captain Ivelin Popov was involved in a heated exchange with his own fans during a Euro 2020 qualifier against England in Sofia. After the home supporters had racially abused the Three Lions players, Popov went over to a section of the Bulgaria fans at half-time and remonstrated with them to stop. He was initially told to go away before he stood his ground and urged them to not continue with racist chants.

Granit Xhaka, Arsenal’s captain at the time, told his own fans to “f*** off” as he was jeered while being substituted in the 2-2 draw with Crystal Palace in October 2019. He also cupped his ear to the boos he was receiving before removing his shirt as he walked down the tunnel. He later apologised, but was stripped of the captaincy before slowly being reintegrated back into the team.

Anderlecht player-manager Vincent Kompany shouted at his own supporters in January 2020 after they threw a flare at Club Brugge goalkeeper Simon Mignolet. The ex-Manchester City defender reminded the fans Mignolet was a fellow Belgian and told them to stop. He received praise from the Professional Referee Department in Belgium for his respect and fair play.

Valtteri Bottas to drive for Mercedes again next season