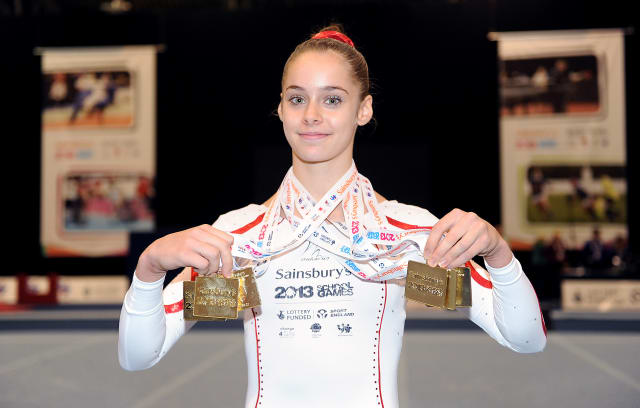 The British Athletes Commission has called for a thorough investigation after being “deeply troubled” by allegations of abuse in British Gymnastics.

Catherine Lyons, a former junior and British champion, and Lisa Mason, an Olympian and Commonwealth Games gold medallist, have publicly accused coaches of having bullied and mistreated athletes.

British Gymnastics has not commented specifically on those claims but said it “condemns any behaviour” which is harmful to gymnasts and promised to examine specific complaints with a view to taking appropriate action.

The BAC, established in 2004 as an independent membership organisation to represent the interests of high-performance athletes in Great Britain, said no athlete should endure abuse.

“We are deeply troubled to hear the comments made by some British athletes relating to culture and welfare issues within British Gymnastics,” read a BAC statement.

“No athlete should be expected to tolerate an abuse of power or poor practice.

“The performance environment should be a place of mutual trust and respect where athletes are supported in achieving their best.

“The BAC is worried to hear of athlete experiences which appear not to reflect these standards and would urge that any allegations are investigated thoroughly.”

In addition to the allegations made by Lyons and Mason, a former welfare officer alleged a “culture of fear” existed within British Gymnastics resulting in concerned coaches and parents being too scared to voice concerns.

The BAC currently helps around 1,200 members from across 40 sports.

Its statement continued: “The BAC supports any athlete that does not receive the appropriate duty of care.

“We urge any of our members, who may have safeguarding or welfare concerns, to contact us so we can provide independent, confidential advice and support if required.”

“We are aware of media reports which highlight a number of serious allegations within gymnastics,” read a statement.

“British Gymnastics condemns any behaviour which is harmful to the wellbeing of our gymnasts. Such behaviours are completely contrary to our standards of safe coaching.

“We have worked particularly hard in recent years to ensure that our athlete and coaching culture is transparent, fair and inclusive.

“British Gymnastics is reaching out to any gymnast, either current or past, that has concerns around specific incidents or behaviours and encourages them to contact our Integrity Unit

“This unit has the power to investigate any persons within British Gymnastics or its member clubs and take the appropriate action.

“There is nothing more important to us than the welfare of our participants and we continually strive to create a culture where people feel they can raise any concerns that they may have.”