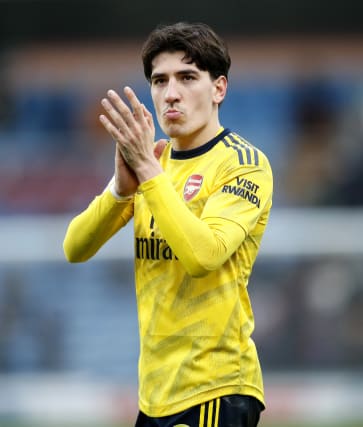 Here, the PA news agency looks at some of the best examples from July 6.

Hector Bellerin pledged to plant 3,000 trees for every Arsenal win between now and the end of the season. Work has started…

Nemanja Matic was delighted after signing a new contract with Manchester United.

Liverpool goalkeeper Alisson Becker was revelling in the Reds receiving another guard of honour.

Jos Buttler is looking forward to the return of Test cricket this week and revealed a tribute to NHS workers will feature on his bat.

While James Anderson was keeping in good spirits ahead of Wednesday’s opening day.

England got the juices flowing ahead of their series against West Indies by posting Andy Caddick’s heroics from 20 years ago.

Chris Woakes and Mark Wood provide an insight into life in lockdown.

Former Australia paceman Jason Gillespie showed off some of his prized possessions.

It was quite a week for Lando Norris.

Haas driver Romain Grosjean has his week mapped out before a second race in Austria.

Conor McGregor set himself up for the day.

Genie Bouchard revealed the inspiration behind her autograph.

The PDC’s preparations for Wednesday’s return to action continued in Milton Keynes.

Carl Froch gave his views on drug cheats in boxing.

Usain Bolt was also in the kitchen.