The reasons behind Manchester United’s upturn in form 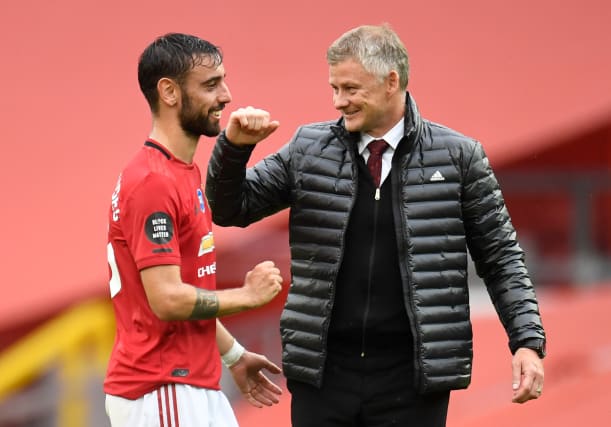 Manchester United extended their unbeaten run in all competitions to 16 matches with Saturday’s impressive win at Bournemouth.

United’s last defeat was in January and their challenge for a top-four finish in the Premier League is gathering momentum.

Here, the PA news agency looks at some of the reasons for their upturn in form.

It is no coincidence that United’s season has been transformed since the arrival of Bruno Fernandes, signed from Sporting Lisbon at the end of January for a fee which could rise to £68million with add-ons. Ole Gunnar Solskjaer’s side had been booed off the pitch eight days earlier after their home defeat to Burnley, but the Portuguese has displayed all the attributes of a world-class playmaker to help drag United out of their mediocrity. It is not just his statistics which are so impressive, but the fact he needed no time to adjust to the Premier League and has got his team-mates firing.

Pogba’s a man on a mission

Paul Pogba’s form and fitness have also been integral to United’s resurgence. His season has been undermined by injury, but since his return from an ankle problem in last month’s draw at Tottenham, the Frenchman has reminded United fans they have another talismanic match-winner in their ranks. Solskjaer has said Pogba is desperate to make up for lost time and in the three Premier League games he has started alongside Fernandes, he has played a key role in helping United get close to their swash-buckling best going forward.

If Fernandes and Pogba have unlocked the lid which had been stifling United’s creativity, their front three – Marcus Rashford, Anthony Martial and Mason Greenwood – have taken full advantage. Teenager Greenwood took his goals tally to 15 in all competitions this season with a double in Saturday’s 5-2 win at Bournemouth. Rashford has scored 20 in all competitions for United, as has Martial. Their combined total of 55 goals this season is bettered by the three top goalscorers at only six of Europe’s major clubs and more than Liverpool trio Mohamed Salah, Sadio Mane and Roberto Firmino, who have 51 between them.

Solskjaer has named the same starting line-up in United’s last three Premier League matches, which they have won 3-0, 3-0 and 5-2, against Sheffield United, Brighton and Bournemouth respectively. Despite hinting at changes for the Bournemouth game, Solskjaer stuck with the same XI and that would indicate the Norwegian, on current form, has established his strongest side as their challenge for a top-four finish gathers momentum.