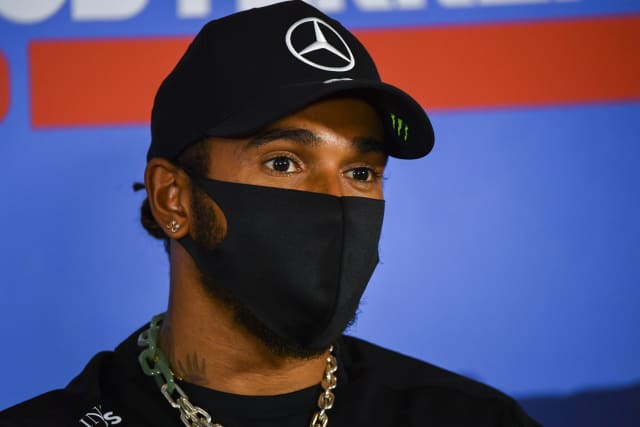 Formula One drivers are divided over whether to 'take a knee' before Sunday's Austrian Grand Prix.

The topic was discussed during a meeting between all 20 drivers here in Spielberg on Friday night, but they were unable to reach a unanimous conclusion.

It is expected that some are set to adopt the stance which has become associated with the Black Lives Matter movement.

But it is also understood that a number of drivers are uneasy about performing the gesture due to the political outlook of the BLM organisation.

The teams will leave their drivers to make up their own minds on the matter, while the FIA says it is not the job of the sporting federation to instruct the drivers on what is essentially a political decision.

The differing views could leave the sport in the uncomfortable position of some drivers taking a knee and others not in the minutes before the first global event of the Covid-19 era.

All have agreed to wear End Racism t-shirts when they line up at the front of the grid for the Austrian national anthem ahead of the race. A banner displaying the same message will also be prominent.

Six-time world champion Lewis Hamilton has been extremely vocal on the topic of racism in recent weeks, but earlier this week, he refused to confirm whether he would take a knee before the race.

His Mercedes team are racing in an all-black livery this year to send a defiant message against racism.

"The Grand Prix Drivers' Association has held a number of virtual meetings with all 20 F1 drivers to agree how best to show their collective support for the fight against racism ahead of this weekend's Grand Prix," said the GPDA in a statement published on Saturday.

"All 20 drivers stand united with their teams against racism and prejudice, at the same time embracing the principles of diversity, equality and inclusion and supporting F1's commitment to these.