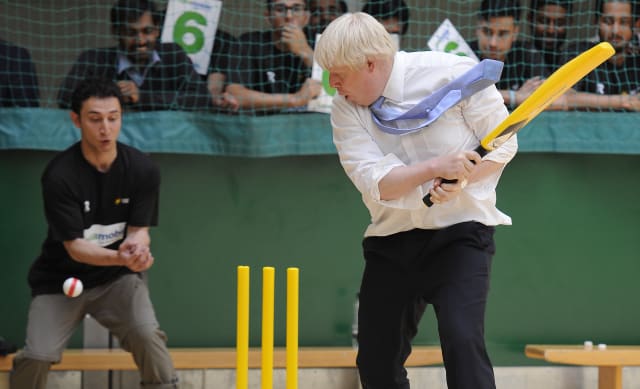 Recreational cricket is set to resume next weekend after Prime Minister Boris Johnson appeared to back-track on his earlier claim that issues surrounding communal teas and dressing rooms made the sport unsafe.

Speaking at a Downing Street press briefing, Johnson admitted he had ‘invoked the third umpire’ and now accepted that the sport could now return, subject to a series of as-yet unpublished guidelines.

There has been increasing frustration over the government’s stance on the sport, with the England and Wales Cricket Board repeatedly insisting that sport is safe to play.

The governing body’s pleas appeared to fall on deaf ears when the Prime Minster, speaking in a Friday interview with LBC Radio, hinted the sport was not safe to return and insisted: “It’s the teas, it’s the changing rooms.”

However, hours later he changed his tune, admitting: “Having been stumped this morning on the science, I have sought scientific advice and medical opinion and the third umpire has been invoked.

“We do want to work as fast as possible to get cricket back and will be publishing guidelines in the next few days so that cricket can to resume in time for next weekend. Cricket can resume next weekend.”

The government’s persistent refusal to sanction a return of minor cricket had frustrated people in sport, particularly in light of the green-light to other sports such as golf and tennis, and Saturday’s scheduled reopening of pubs and more businesses.

Johnson had previously described the cricket ball as a “vector of disease” but said the dangers were more widespread.

Chief Medical Officer Chris Whitty, speaking alongside Johnson, said the caution was well-placed but concurred that a careful and socially-distanced return for the sport would now be acceptable.

Whitty said: “One of the issues with cricket is that it brings together a much larger number of people from different households than the six laid out as the maximum number of people who should be meeting outdoors now.

“But it is perfectly possible to have cricket where people do keep their distance and provided people don’t do things which are clearly not sensible… it should be possible to make the game itself very safe because it is an outdoor sport at a distance.

“It is a non-contact sport in the way that some other high risk outdoor sports are. There however risks associated which we need to thing about and deal with which are perfectly manageable.”

The ECB welcomed the development, saying in a tweet: “We are delighted that the UK Government have given their permission for recreational cricket to return from next weekend.

“We will shortly be publishing our approved guidelines to help clubs and players prepare for cricket’s return.”

Meanwhile, the ECB has approved an increase in overseas players in domestic cricket from next year and will now allow two per side in four-day and 50-over cricket.

Teams are currently allowed to field only one imported player, though foreign-born players with British passports and those on Kolpak registrations have not counted towards the allocation.

The effects of Brexit mean Kolpak deals will be terminated at the end of the postponed 2020 campaign meaning those players – as well as those who have had deals cancelled this summer due to the coronavirus pandemic – will now have a greater chance to earning deals.

The move was recommended by the performance cricket committee, chaired by Sir Andrew Strauss.

A statement from the ECB, whose formal terminology deems overseas professionals as ‘unqualified’, said: “First-Class Counties will be permitted to field a total of two unqualified cricketers in the same match in the County Championship and Royal London Cup from 2021.

“This represents an increase from the one unqualified cricketer that First-Class Counties are currently permitted to field in those two competitions.

“The Vitality Blast will remain unchanged, with First-Class Counties already permitted to field two unqualified cricketers in the 20-over competition.”