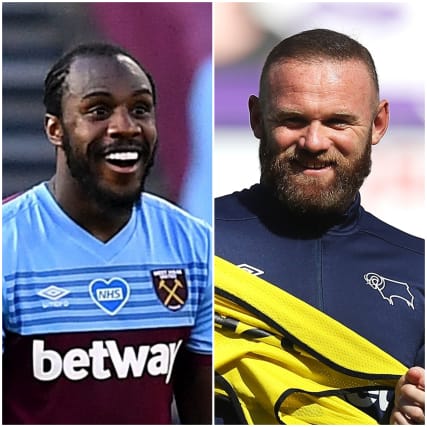 Here, the PA news agency looks at some of the best examples from July 2.

Michail Antonio apologised to West Ham fans for getting in the way of viewing their 3-2 victory over Chelsea on Wednesday night.

Wayne Rooney showed his approval after Derby revealed next season’s away shirt.

Cesc Fabregas clearly enjoyed being back in training with his Monaco team-mates.

Wayne Mardle celebrated his 18-year wedding anniversary with a round of golf.

Tyson Fury offered to give a 13-year-old amputee some of his merchandise after he sported a ‘Gypsy King’ prosthetic leg.

The safety car for the 2020 season, which begins this weekend in Austria, has a new look to it.

Home is where the heart is for Rafael Nadal.