We don’t have to win, but we want to win – Jurgen Klopp in no mood to ease off 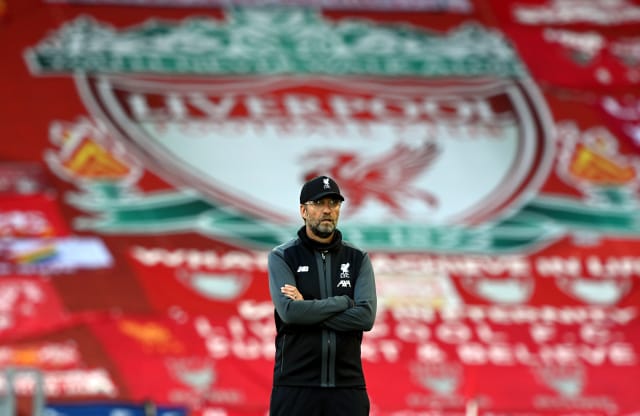 Jurgen Klopp has promised there will be no let-up from his Liverpool side for the rest of the season and beyond after they secured their first league title in 30 years.

Liverpool were handed the title when Manchester City lost to Chelsea last Thursday, and it is to City that Liverpool head this Thursday, when they can expect a guard of honour from Pep Guardiola’s men.

But though the Premier League trophy is on its way to Anfield, Klopp promised his players would not be easing off after utterly dominating the season to date.

“Life is constantly a challenge. Our challenge now is to be a champion and to play seven games against teams who are fighting for everything. We can show we don’t win because we have to, but because we want to.”

And Klopp promised that attitude would continue next season, with one Premier League trophy not enough to satisfy the hunger of the manager or his players.

“We will not defend the title next season, we will attack the next one,” he said. “I have learned that when you think you have reached the pinnacle you are already on the way down.

“We don’t feel that. I don’t feel satisfied. This is just another step, a big one, an unbelievably big one, but it’s not the only thing I want to talk to the boys about when I meet them in 20 years’ time.”

Klopp revealed the relentless approach was something he learned from watching a documentary about New Zealand’s All Blacks.

“As long as you wear the shirt, less than 100 per cent is never allowed,” he said. “That’s not my phrase. Fifteen or sixteen years ago I saw a really nice documentary about the All Blacks and I kept that for myself.

“And that’s for each LFC player and for me. That’s what we try to live. Sometimes unfortunately it’s not all the time because we are human beings.”

Even with the title decided and the game behind closed doors, Klopp said he expected another “intense” battle against City at the Etihad, and said the gap in the table would count for nothing on the pitch.

“It does not mean we will win against City, only that we will give them a proper game,” he said. “That’s the first step to cause some problems because it’s the most difficult game you can imagine against City.”

Guardiola has confirmed his players will give Liverpool a guard of honour before kick-off, something Klopp admitted he had not really thought about.

“I’m not sure I ever got one,” he said. “I don’t know that it’s a tradition in Germany but it’s an English tradition,” Klopp said.

“It’s a nice gesture, 100 per cent, but I wouldn’t need it to be honest because we go there to play a football game and we want to win the football game, not to celebrate something that happened a week before.”