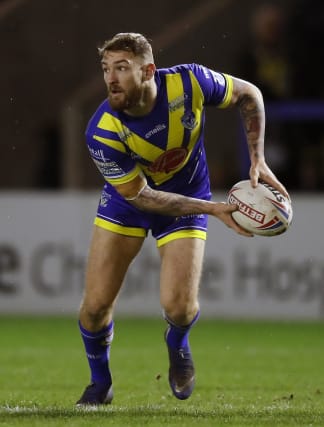 Warrington have so far suffered a shortfall of around £1.4million due to the coronavirus pandemic, the club’s chief executive Karl Fitzpatrick has revealed.

It was announced last week that the 2020 Super League season, which has been paused since March 15, will restart on August 2, behind closed doors at a small number of neutral venues until government directives change.

The Wolves are set to get their campaign back under way six days later, with a return to training scheduled for July 20.

Fitzpatrick said on Wednesday: “The financial landscape is going to be very challenging, both short and medium, and possibly long term.

“The staff and the players accepted a salary reduction an they have been outstanding in support of the club and willing to take the pain.

“There is a three-month review that we’ve just come to the end of, we are now going through that process to determine what the salary cuts look like going forward.

“But it’s quite clear the current financial situation may deteriorate before it gets better, due to the furlough payment the majority of players and staff are currently on – the fact they will come off that certainly leaves a hole in our cashflow. It (the furlough scheme) has been an absolute lifesaver.

“All in all we are probably looking at a shortfall so far of around about £1.4m, to give you a bit of an idea of the challenges we are currently facing – and again, I need to reiterate, that is only for the recent period.”

With regard to the emergency £16m loan the Rugby Football League is receiving from the government, Fitzpatrick said: “We are still not sure if we will be applying for that loan, the repayment terms have not been made available as yet. We are expecting to get the details through on that very shortly.”

Warrington have applied for their Halliwell Jones Stadium home to be a neutral venue for behind closed doors contests.

Fitzpatrick said: “We have submitted our application, alongside a number of other clubs, and we are hopeful we will get allocated a number of games at some stage.”

Fitzpatrick added that while there were so many unknowns related to the current situation in terms of how long problems would last, he would “certainly envisage some significant issues for 2021.”

Chairman Stuart Middleton, who along with his fellow directors has committed a seven-figure sum to help navigate the club through the current period, said he thinks “this is the tip of the iceberg.”

Middleton said: “I think there is a lot more to come, a lot of pain to come not just for ourselves but for our supporters and our sponsors etc.”