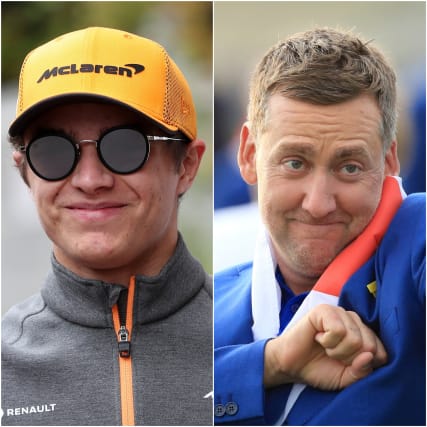 Here, the PA news agency looks at some of the best examples from July 1.

They may already have the Premier League title in the bag, but there is no easing up for Liverpool as they get ready to take on Manchester City.

Their current strikers are not doing too badly right now, but Manchester United still found time to remember one of their best.

Former United defender Gary Neville was encouraged by the Red Devils’ current side.

As was Paul Pogba.

Arsenal youngster Bukayo Saka was all smiles after putting pen to paper on a new Arsenal contract.

While the club’s women’s team celebrated their newly-crowned FWA Women’s Footballer of the Year.

Former Gunners midfielder Cesc Fabregas was not having any of Piers Morgan’s opinion in the Lionel Messi-Cristiano Ronaldo debate.

Former England striker Gary Lineker praised both of them.

Preston were celebrating a milestone.

But Derby midfielder Wayne Rooney did not get the memo…

F1 drivers were also gearing up for a return to competition.

But McLaren’s Lando Norris was a bit preoccupied.

England’s first day of competitive cricket since March 13, as a Ben Stokes XI faced a side captained by Jos Buttler, got under way, albeit in less than glorious fashion.

Stuart Broad was relishing the challenge.

While his new-ball partner James Anderson was back in the swing of things.

And had to get used to the new wicket celebrations.

Up in Manchester next week’s Text opponents West Indies were watched by a solitary Phil Simmons, self-isolating after attending a family funeral.

Somerset seamer Jack Brooks was adjusting to the ‘new normal’.

Rafael Nadal was out on the court.