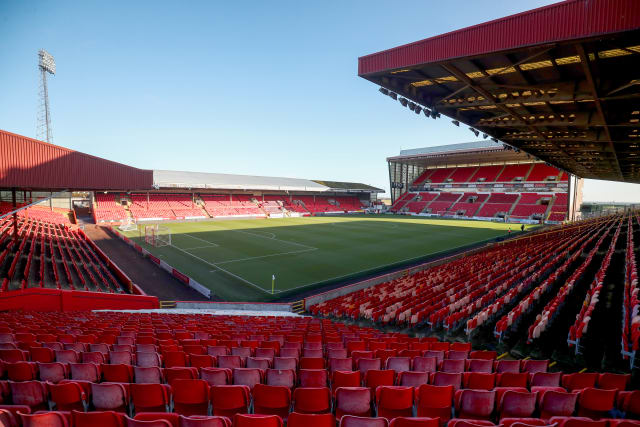 A first-team player from Aberdeen tested positive for coronavirus as British sport continued to feel the effects of the ongoing pandemic on and off the field.

The Scottish Premiership club announced on Wednesday that an unnamed player was self-isolating following one of the mandatory twice-weekly rounds of Covid-19 checks ahead of the start of the new season on August 1.

No other members of the first team, coaching staff or essential staff at the training ground had tested positive.

A club statement said: “The individual, who is asymptomatic, has been self-isolating since receiving the test result and will be in regular contact with the medical staff at Cormack Park before he returns to training.”

The news emerged as the English Football League confirmed there had been no positive results in its latest round of testing, which involved 2,798 players and staff at Sky Bet Championship clubs, 311 in League One and 154 in League Two.

Meanwhile, the financial implications of the pandemic are proving testing for clubs in both codes of rugby with Leicester revealing the current hiatus has cost them approximately £5million.

Some players have agreed to take pay cuts as a result, although the PA news agency understands England centre Manu Tuilagi is yet to join them.

Some players could move on as a result and despite making use of the government furlough scheme, the Tigers fear they could have to make up to 31 employees redundant.

Northampton Saints have announced that players, coaches and staff have agreed reduced wages, while rugby league side Warrington have revealed a £1.4million shortfall in their finances.

The World Matchplay will take place behind closed doors at the Marshall Arena in Milton Keynes later this month instead of Blackpool’s Winter Gardens.

The Professional Darts Corporation has made the decision to switch the tournament, which will go ahead from July 18-26, after talks with the Department of Culture, Media & Sport, the venue, host broadcaster Sky Sports and other stakeholders.

The Marshall Arena held the first snooker event to be played after the coronavirus shutdown and offers a protected environment to ensure the safe staging of the event, which will not take place at the Winter Gardens for the first time since being introduced in 1994.