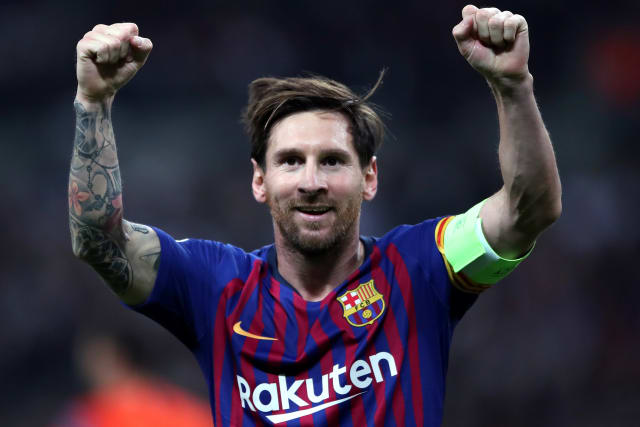 The forward netted a cheeky second-half penalty but Barca could only draw 2-2 at the Nou Camp on Tuesday after two Saul Niguez spot kicks twice pegged them back.

Messi has taken 862 appearances to reach the milestone but Barca missed the chance to return to the top of LaLiga and now trail Real Madrid by a point having played a game more.

Costa’s nightmare opening was just beginning when five minutes later he missed a penalty – only to be reprieved by Saul.

The striker’s initial spot kick – after Arturo Vidal fouled Yannick Carrasco –  was saved by Marc-Andre Ter Stegen only for VAR to rule the goalkeeper was off his line.

Saul stepped up to level from the retaken penalty and spare Costa’s blushes.

Messi hit the post after 22 minutes but did add a second after 50 minutes when Felipe tripped Nelson Semedo and the forward chipped his penalty down the middle.

But Saul ensured third placed Atletico claimed a point when he scored his second spot kick after 62 minutes after Carrasco went down.

The midfielder struck twice in 12 minutes to help Sevilla move five points clear of Getafe in fifth, having played a game more.

They closed the gap to Atletico to two points with Munir El Haddadi adding a late third.

Alejandro Pozo, Juan Hernandez and Ante Budimir’s penalty put the hosts 3-0 up at half time.

Iago Aspas’ second-half spot kick pulled a goal back for Celta but Budimir made it 4-1 soon after and Salva Sevilla completed the rout.

Mallorca remain in the relegation zone but are now five points behind 17th placed Celta.

In Italy, Juventus maintained their four-point lead at the top of Serie A with a 3-1 victory at Genoa.

Paulo Dybala and Cristiano Ronaldo scored quickfire second-half goals before Douglas Costa added a third to give the Old Lady a deserved win after Lazio put them under pressure. Andrea Pinamonti scored for Genoa.

Lazio had earlier closed the gap on Juve to just a point after coming from behind to win 2-1 at Torino.

Andrea Belotti gave the mid-table hosts a first-half lead to give Lazio a scare.

Ciro Immobile’s 30th Serie A goal of the season levelled just after the break and Marco Parolo struck to win it with 18 minutes left.