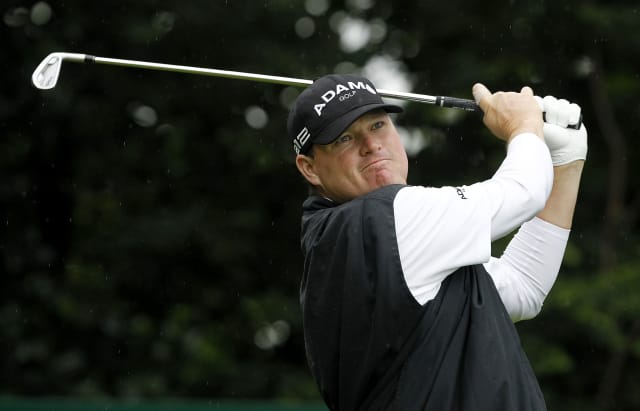 Chad Campbell has become the latest player forced to withdraw from a PGA Tour event due to coronavirus.

The 46-year-old recorded a positive result for Covid-19 during the pre-tournament testing ahead of this week’s Rocket Mortgage Classic in Detroit.

Campbell said in a statement released by the PGA Tour: “While the positive test result is unnerving, I am incredibly grateful to be asymptomatic and feel physically well and my thoughts are with anyone dealing with Covid, directly and indirectly.

“I support the Tour’s protocol during this time and will be quarantining myself to protect others until I am well.

“I am looking forward to competing again once it is seemed safe for me to make my return.”

South African Dylan Frittelli also pulled out of the event after testing positive for coronavirus on Monday, while the PGA Tour also announced that three players on the second-tier Korn Ferry Tour were forced to withdraw from the TPC Colorado Championship.

Brandon Wu, Taylor Montgomery and Jonathan Hodge will undergo self-isolation protocols after testing positive ahead of Wednesday’s first round at Heron Lakes.

A statement from Korn Ferry tour president Alex Baldwin read: “These positive test results serve as a distinct reminder that we all need to continue to be vigilant in this ever-changing climate.

“We will further reinforce the elements of our health and safety plan to all constituents, and deliver our full support to those who test positive for Covid-19.”

Nick Watney was the first player to test positive for Covid-19 following his opening round at the RBC Heritage earlier this month before several other pulled out of last week’s Travelers Championship.

Cameron Champ and Denny McCarthy, who hit an opening round of 67, withdrew from the event following positive results, while Graeme McDowell and Brooks Koepka did not participate after their respective caddies returned positive tests.

Koepka’s brother Chase and Webb Simpson withdrew having been in close proximity with a person who had subsequently tested positive, while Bud Cauley, who played with McCarthy but tested negative, pulled out as a precautionary measure.