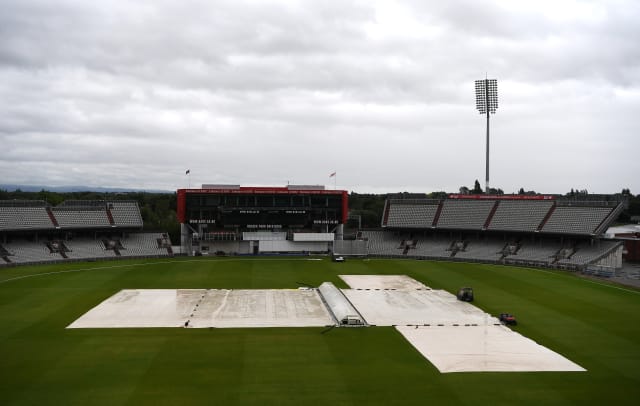 No play was possible on the opening morning of the second West Indies intra-squad match because of rain, which looked set to eat into the afternoon session at Old Trafford as well.

Intermittent showers following heavy overnight rain in the north west left big puddles on the covers and a damp outfield and there was no sign of the clear-up operation beginning in the brief breaks between downpours.

This four-day match represents the last opportunity for selection for the first Test against England, starting on Wednesday July 8 at the Ageas Bowl.

Wicketkeeper-batsman Shane Dowrich and fast bowlers Oshane Thomas and Keon Harding have been left out of the 11 v 11 contest.

The West Indies announced earlier on Monday that a Black Lives Matter logo will be displayed on their shirts in the series against England but, for this fixture, it is understood they will line up in the maroon and navy training kit they wore last week.