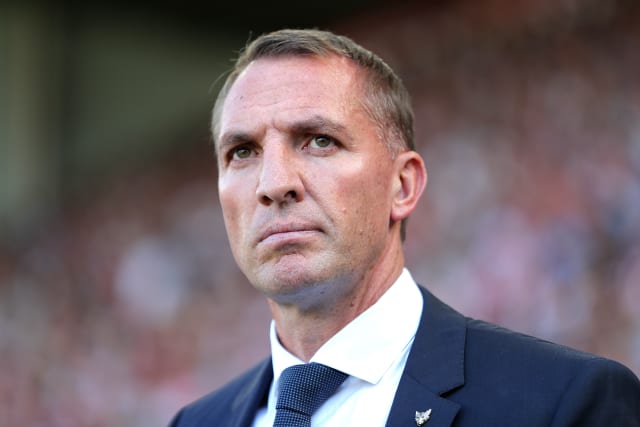 Brendan Rodgers feels Leicester are flexible enough to react should they be subjected to stricter local lockdown measures.

There were reports over the weekend of a spike in coronavirus cases in Leicester and suggestions that the easing of restrictions in the area could be reversed.

That has raised the possibility of the Foxes’ home Premier League clash against Crystal Palace next Saturday being moved to a neutral venue but Rodgers has not been told to change any routines yet.

The Leicester manager said: “It is something I am not really thinking about. It is all hypothetical at the moment. We will just continue our work.

“Nothing has changed in terms of how we have been working thus far in this situation but I’ve always said we will react accordingly. We have to have agility in this period.

“We will just keep working until we are told otherwise.”

Leicester have not yet won since football resumed following the Covid-19 stoppage, drawing Premier League games with Watford and Brighton and going out of the FA Cup to Chelsea on Sunday.

Ross Barkley scored the only goal of the quarter-final tie at the King Power Stadium but Rodgers will not dwell on that latest frustrating result.

Speaking in a virtual press conference ahead of Wednesday’s trip to Everton, Rodgers said: “We’re obviously very disappointed with the result, our aim was to get to the semi-finals.

“But there were many aspects of the game that pleased me. Our intensity and intent were very good and we hadn’t really shown that in the first couple of games.

“Playing against a top team, who are very good, I thought we dominated the game in the first half and we had opportunities.

“It was a game we lost but it was a game that gives us confidence now that that level of performance is there and we can go on in the remaining league games now.

“If we can do that we’ll certainly win more games than we lose playing with that intensity.

“If we somehow lose a game, we can’t be derailed by it. The games are coming thick and fast and we’ve got to get over it.”

Leicester could again be without key midfielder James Maddison for the midweek game at Gooidson Park after he missed the Chelsea loss with a hip problem.

Rodgers said: “We will see how he is on Tuesday. If he is not available (for Everton) he should be ready by the weekend.”