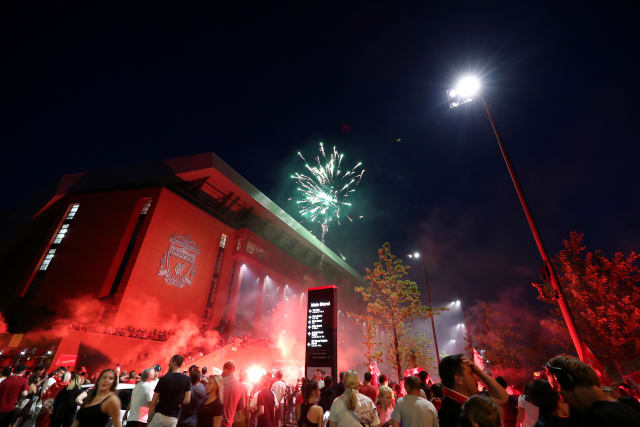 Here, the PA news agency looks at some of the best examples from June 26.

Reds defender Andy Robertson was not walking alone as he partied hard.

And Basketball star Steph Curry revealed he would help the England international with his fundraising efforts.

Manchester City defender Kyle Walker paid tribute to Liverpool and vowed to help his side respond next season.

Kyle Edmund, who did not get to bed until 2am, brought Liverpool shirts to his Battle of the Brits victory over Liam Broady.

Former England batsman Kevin Pietersen was not interested in the Reds’ title triumph.

England batsman Sam Billings, a Manchester United fan, had a little dig at Jurgen Klopp’s side.

New Zealand skipper Kane Williamson, along with other high-profile Kiwis, did his bit to support a Unicef campaign.

Australia batsman David Warner was at it again on TikTok.

Somerset seamer Jack Brooks was buzzing after Somerset’s return to training was announced.

McLaren’s Lando Norris was looking ahead to Formula One’s return in Austria next week.