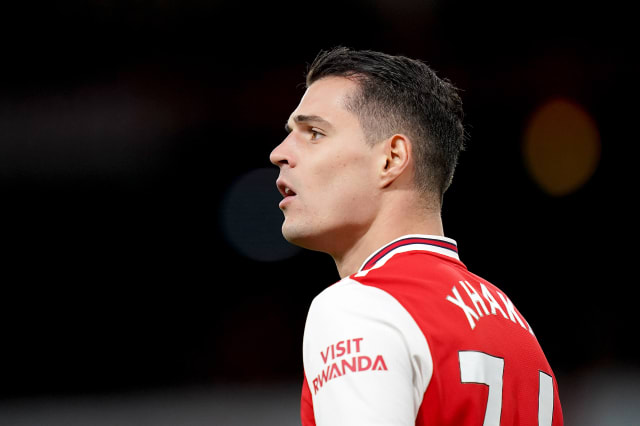 With a combination of injuries, suspension and protracted contract negotiations hanging over the club, Arsenal lost at both Manchester City and Brighton in their first two Premier Leagues fixtures since the restart.

They finally got up and running with a 2-0 win at 10-man Southampton as goals from Eddie Nketiah and Joe Willock secured what Xhaka feels was an essential three points – with the Gunners moving up to ninth, six point adrift of Manchester United in fifth.

“Of course, we had to win,” he said when asked if victory was important for Arsenal’s hopes of qualifying for Europe.

“How I said before we didn’t play well last week and then we were a little bit unlucky (at Brighton).

“But yesterday we played very, very compact we were aggressive in a lot of the duels and we deserved the three points.”

Xhaka was also full of praise for the goalscorers, Nketiah taking his chance having once again been preferred over Alexandre Lacazette and Willock grabbing his first Premier League goal.

“I think we have some very good youngsters and they have big futures,” he added.

“They are already helping us and there keep working hard as well. I think we all work very hard, we had a game plan and Mikel did very good preparation for us.

“But sometimes you need luck, sometimes it is not your day but yesterday we started again with another three points and we want to keep going.”

The England international gifted possession to Nketiah before fumbling a shot into the path of Willock moments after Jack Stephens had been sent off for fouling Pierre-Emerick Aubameyang.

“At the end of the day, in the Premier League you can’t give away two cheap goals,” defender Ryan Bertrand told Southampton’s official website.

“No matter what you do, if you do that you’re going to get punished. Other than that, we definitely deserved something, but we gave them two goals.

“Before the sending off – which levelled things in their favour I guess – it was a strange one, because even though we weren’t fully firing in first half, other than the goal we gave them we were the better team I’d say.”