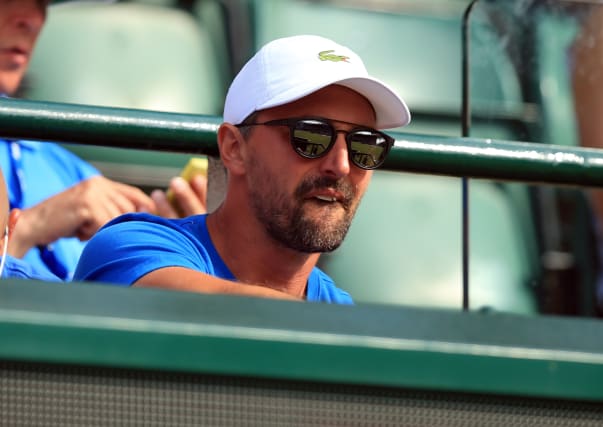 Novak Djokovic’s coach Goran Ivanisevic has revealed that he has tested positive for coronavirus.

The news comes three days on from world number one Djokovic announcing he had tested positive himself.

Ivanisevic wrote on Instagram: “Unfortunately after two negative tests in the last 10 days, I have just found out I have tested positive for Covid-19.”

The 48-year-old Croatian, who won Wimbledon in 2001, said he felt “good” and did not have any symptoms.

Djokovic is among four players who took part in the Adria Tour – which he organised – to have contracted Covid-19. The tour was cancelled on Sunday after Grigor Dimitrov tested positive.

Meanwhile, American Denny McCarthy has withdrawn from the Travelers Championship in Connecticut after returning a positive test.

Bud Cauley, who played with McCarthy but tested negative, has also withdrawn as a precautionary measure. The number of players to have pulled out of the tournament for reasons relating to coronavirus now stands at seven.

The National Basketball Association has announced that 16 players have tested positive for the virus after 302 tests were conducted on Tuesday.

The NBA also confirmed in a subsequent statement that the 2019-20 season will restart on July 30.

Twenty-two teams are set to play behind closed doors at the single site of ESPN Wide World of Sports at Florida’s Walt Disney World Resort.

Super League has also announced a resumption date, with the season set to return with three fixtures on August 2.

The restart will see Hull KR face Toronto Wolfpack, St Helens take on Catalans Dragons and Huddersfield go up against Leeds at a single behind-closed-doors venue, with all clubs then back in action in a full round of fixtures to follow the next weekend.

The revised season will have 15 rounds of matches followed by a top-four semi-final play-off, with the winners contesting the Grand Final towards the end of November.

A Super League statement said: “At the moment, and until government directives change, Betfred Super League fixtures will take place behind closed doors at a small number of neutral venues that meet the stringent guidance from both government and the game’s clinical advisory group.”

In cricket, Pakistan are due to arrive in England on Sunday, with a final round of coronavirus testing to determine who can make the trip.

A total of 10 from an initial squad of 29 have already tested positive for Covid-19 and were set to join those who have previously received the all-clear in proceeding to a second screening round.

It is thought the 10 positive cases will not be on the charter flight from Lahore to Manchester, but the Pakistan Cricket Board will confirm their travelling group on Saturday.

On arrival in England the squad will head to Blackfinch New Road, using Worcestershire’s ground as their base and training camp during a mandatory 14-day quarantine.

The plan is then to move to Derbyshire’s Incora County Ground on July 13 to begin internal warm-up matches ahead of three Tests and three Twenty20s against England.

Also on Friday, it was announced that Amiens and Toulouse have been relegated from Ligue 1,  with Lorient and Lens promoted to the top flight and the 2020-21 season set to start on August 22.