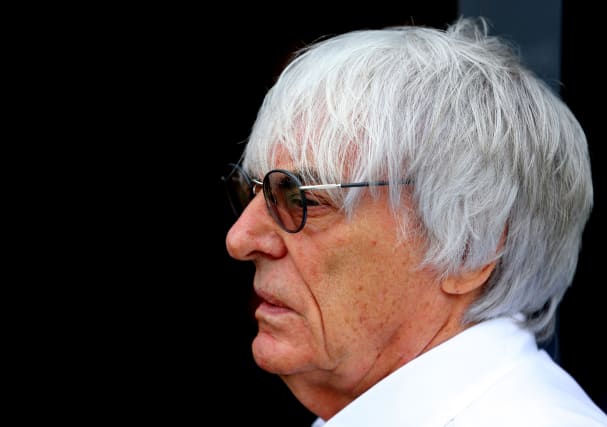 Former Formula One chief Bernie Ecclestone has claimed “black people are more racist than white people” and questioned whether Lewis Hamilton’s vocal support for the Black Lives Matter movement will make any difference.

In an interview with CNN, the 89-year-old Ecclestone, who stepped down as chief executive in 2017, also said he was “surprised” to hear Hamilton had been affected by racist issues in the sport.

Ecclestone said: “In lots of cases black people are more racist than what white people are.

“[It’s just] things over the years that I’ve noticed, and there’s no need for it. I’m against injustice for anyone, whatever colour they are. It’s important to do something about that for a start.”

In the wake of the death of George Floyd in police custody in the United States, Hamilton criticised his sport’s failure to combat racism and referenced issues he has faced since his junior karting days.

The 35-year-old specifically referred to an incident in Barcelona in 2008 when a group of fans dressed up in blackface and aimed derogatory chants towards him – something Ecclestone claims he had “never” discussed.

“I don’t think it (Hamilton’s campaign) is going to do anything bad or good for Formula One. It just makes people think, which is more important.

“They’re too busy trying to win races or find sponsors – really other things have little or [no] interest.

“The number of people that are directly involved in the sport are such a small number they can do very little – I’m surprised if anyone in Formula One, certainly the teams and the promoters, have any concern about this.”

Ecclestone’s comments come in a week in which F1 chiefs launched a new #WeRaceAsOne initiative, aimed at fostering diversity and inclusion in the sport, to which Ecclestone’s successor Chase Carey personally contributed one million dollars.

“Mr Ecclestone has played no role in Formula 1 since he left our organisation in 2017, his title Chairman Emeritus, being honorific, expired in January 2020.”