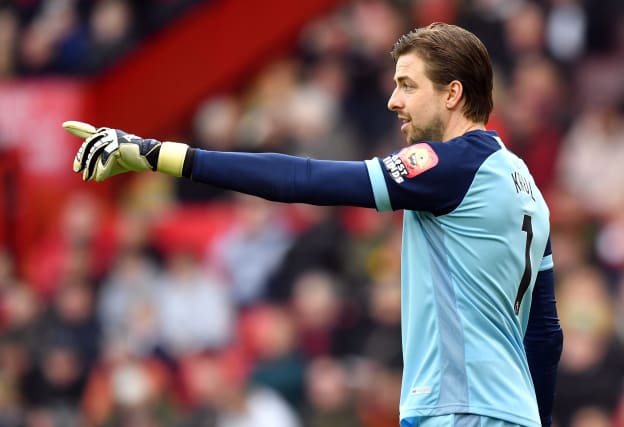 Tim Krul said Norwich felt “sucker-punched in the face” after their defeat at home to Everton, but insisted his side’s fight to stay in the top flight was not over.

The Canaries went into Wednesday night’s game six points adrift of safety, but Michael Keane’s header gave the visitors all three points in a 1-0 win.

But goalkeeper Krul is adamant Norwich’s hopes of staying in the Premier League are not over.

He said: “We still have got West Ham, Brighton, Burnley and, it is just we always do it the hard way, this club, so we will have to go to Arsenal (next Wednesday) and obviously Man United (in the FA Cup on Saturday) first.

“(That is) a massive, massive game. We do it against the big teams…you never know. Two wins (in the league) and it is still there.”

Norwich boss Daniel Farke made four changes for the Everton game as the hosts frustrated the visitors in the first half, producing a marked improvement on their 3-0 home defeat to Southampton in their first game since the restart.

“I think we showed the commitment and what we need to do to survive,” Krul said.

“On Friday, the second half was unacceptable. (Last night) we did not down tools and we showed quality until the end. We pushed until the end.

“We worked so hard, even at home, and we were fighting and waiting for these games to happen. And then it does not happen on the pitch, unfortunately.”

He added: “We have had so many games this season when we might have deserved a win or a draw to at least get some points on the board but it is hard.

“Everybody has been sucker-punched in the face again because we have played good, but zero points and that is what counts.”

Everton boss Carlo Ancelotti said the club would be making the most of their break between matches, with their next fixture coming against Leicester on Wednesday.

The Toffees held Liverpool to a goalless draw on Sunday in their first match since the restart before the win at Norwich just four days later.

Asked how his team were coping with the congested fixture list, Ancelotti said: “They are tired now of course, it is absolutely normal.

“I think that the physical condition is really good also because in these two games we didn’t have injuries.

“Now, next week we are going to recover some players. I think the physical situation is ok.”