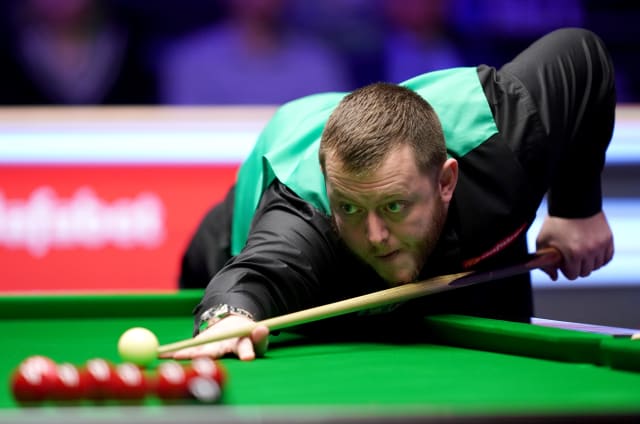 Mark Allen will face Stephen Maguire in the final of the Coral Tour Championship after overcoming Mark Selby 9-2 on Thursday.

The Northern Irishman dominated the opening session, storming into a 7-1 lead, meaning he required just two more frames when the players returned in the evening.

Allen took only three to complete victory and reach his first final of the season, following defeat in his previous six semi-finals.

Things got worse for Selby after the resumption as Allen moved 6-0 ahead, before the three-time World Champion spared himself the ignominy of a session whitewash.

Selby had a golden opportunity to get another frame on the board but broke down when among the balls, allowing Allen to extend his advantage to 7-1 with breaks of 48 and 42.

Selby briefly rallied in the evening session with a break of 71 to make it 7-2, but Allen struck back to take the next frame before a break of 82 wrapped things up.

Allen will face Maguire for the title in Milton Keynes on Friday, with a top prize of £150,000 on the line.