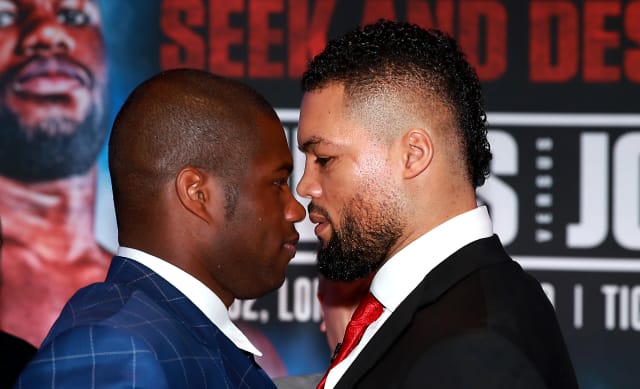 An all-British showdown between unbeaten heavyweights Daniel Dubois and Joe Joyce has been rearranged for October 24 at London’s O2 Arena.

The original contest on July 11 was postponed because of the coronavirus pandemic but promoter Frank Warren is optimistic of the fight going ahead on the new date, potentially with some fans in attendance.

Warren said: “It will be a fight to remember. Everyone wants to see it. Lockdown has meant a delay, but we all want the fight to take place in October and we are hopeful that the government will give us the all clear.

“What a position the winner will be in. They will be nailed on for a world title shot in 2021.”

Warren has already announced three shows at the BT Sport Studio behind closed doors, the first of which will be held on July 10 which is set to mark the resumption of professional boxing in this country.

British and Commonwealth champion Dubois has won all 14 of his professional bouts, all but one inside the distance, while Joyce, a Rio 2016 silver medallist, boasts a 10-0 record, with nine stoppages.

Joyce said: “It was great news to get the new date so I can finally punch up Dubois.

“Now gyms are open for athletes I can kick on and just keep my focus on the new date, finally settling the score with Dubois and moving on to a world title fight.”