Half-centuries for Dowrich, Brooks and Moseley as bowlers struggle in the heat 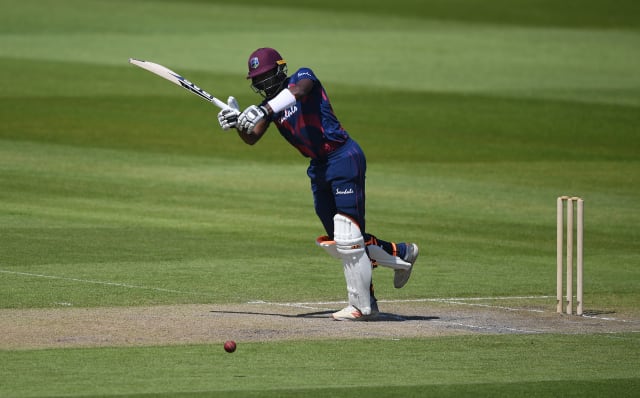 Dowrich and Brooks shared an unbroken stand of 131 on the third morning as Kraigg Brathwaite’s XI declared 313 ahead of the side led by Test skipper Jason Holder.

Moseley then responded by making 52 not out in the final innings, which reached 89 for two at tea.

Just three wickets fell in the first two sessions, as bowlers toiled in baking conditions, Roston Chase lbw early on to Shannon Gabriel, while Oshane Thomas and Raymon Reifer struck for Brathwaite’s side in the afternoon.

Holder himself remained largely inactive, declining to bowl for the third day in a row, though word from the West Indies camp is that he is not unduly hampered by a recent ankle niggle. Having scored a golden duck on day two, it will be instructive to see if the all-rounder appears again with the bat.

After Chase’s early exit Dowrich and Brooks overcame some awkward moments to reach the break on 231 for four.

Brooks was dropped on five, a one-handed effort going down at mid-off, while Dowrich was also in single figures when he found himself in the midst of an opportunistic appeal. The wicketkeeper had gloved a Gabriel bouncer to third slip but seemingly missed a no-ball call as he began walking away.

The catcher, Kyle Mayers, hurled down the stumps but the ensuing celebrations were quietened by the umpire’s dead-ball call.

Brooks crawled to his first eight runs but then scored at better than a run-a-ball until the interval, to pause on 66 not out. Dowrich was unbeaten on 56 having warmed to the introduction of spin, scoring a handful of boundaries off Rahkeem Cornwall and Jomel Warrican, including six down the ground off the latter.

The declaration followed at lunch, after which the game entered its quiet closing stages. Joshua Da Silva opened after his day two duck and managed 14 before nicking Thomas, while Sunil Ambris was clean bowled for just six.

Reifer’s left-arm seam did for the number three, adding to his five-wicket haul in the first innings.