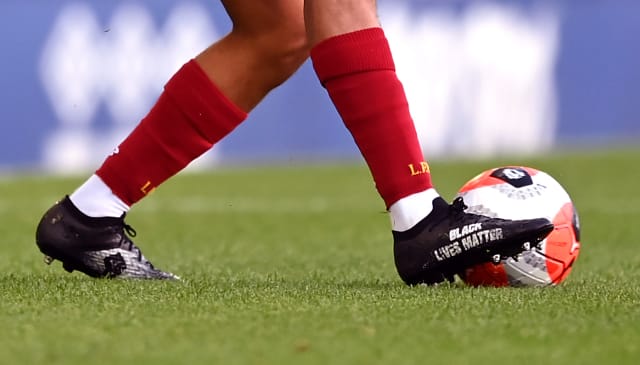 Here, the PA news agency looks at some of the best examples from June 25.

Liverpool defender Trent Alexander-Arnold revealed details of a raffle to win the Black Lives Matter boots he wore in the Merseyside derby. Proceeds will go to the Nelson Mandela Foundation.

Pablo Zabaleta reflected on his time at West Ham after his departure was announced.

Dominic Calvert-Lewin sent his congratulations to his Toffees team-mate.

Former England and Arsenal defender Tony Adams made a long-awaited return to the golf course.

World heavyweight champion Tyson Fury was in the ring with his dad John.

While Tommy Fury showed off his speed.

Kyle Edmund is enjoying the return of competitive tennis.

Heather Watson disobeyed orders at the All England Club!

Laura Robson struggled with the heat.

Daniil Medvedev made Forbes’ list of the 40 most successful Russian stars under the age of 40.

Ernie Els enjoyed watching his own swing in slow motion.

Usain Bolt – a man used to winning – donned a yellow jersey for his bike ride.