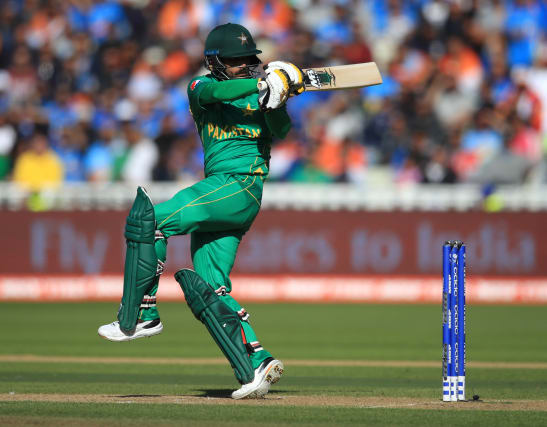 Mohammad Hafeez has announced he has tested negative for coronavirus a day after Pakistan revealed the veteran all-rounder was one of seven more players to return a positive result.

Ten Pakistan players have now been red-flagged but after Hafeez learned he was among that number, he submitted himself and his family to private tests at a separate laboratory, the report of which he uploaded on to Twitter.

After undergoing a swab, the report states the virus was “not detected” in Hafeez but added: “One or more negative results do not rule out the possibility of Covid-19 virus infection.

“A number of factors could lead to a negative result in an infected individual.”

Pakistan are due to depart for England this Sunday and there remains an appetite from the boards of both countries to go ahead with three Tests and as many T20s in a tour which is scheduled to start in August.

The Pakistan players and support staff who have tested negative are set to gather together at Lahore in a ‘bio-secure’ environment and undergo another round of testing on Friday.

They will then head for Manchester on a chartered flight and be tested again by the England and Wales Cricket Board medical panel within 24 hours of their arrival before a two-week quarantine period as per UK government regulations.

However, Hafeez, along with Fakhar Zaman, Imran Khan, Kashif Bhatti, Mohammad Hasnain, Mohammad Rizwan, Wahab Riaz, Shadab Khan, Haider Ali and Haris Rauf have all tested positive for the virus in the last couple of days.

Players who test positive in Pakistan will enter self-isolation and then undergo another test after the minimum end of the period. If the result comes back negative, they will fly to England on a commercial airline.