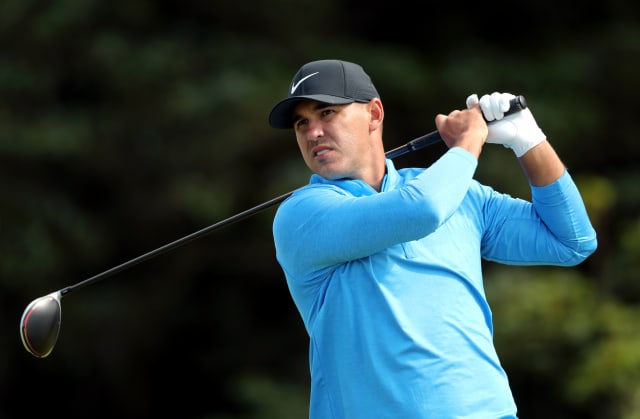 PGA commissioner Jay Monahan says the Travelers Championship will still go ahead despite three positive coronavirus tests, though there was better news for England’s cricket team ahead of their series with West Indies.

Cameron Champ, Graeme McDowell’s caddie Ken Comboy and Brooks Koepka’s caddie Ricky Elliott all have the virus and the three players have withdrawn from the tournament in Connecticut which is due to start on Thursday.

Furthermore, Koepka’s brother Chase and Webb Simpson have also withdrawn having been in close contact with those testing positive.

Those cases threw doubt on whether the tournament would go ahead, but Monahan said the PGA Tour would carry on while trying to refine its safety protocols.

“It is pretty clear that this virus isn’t going anywhere,” he said, having flown into the site on Wednesday to face the media.

“We are excited to get into the Travelers Championship this week and we are going to continue to refine and get better and better and identify ways we can further mitigate any risks.

“We have had three positive tests this week, I think everyone should expect we are going to have more (positive) tests.

“We are going to spend a tonne of time to make sure we are reinforcing the strong protocols we have.”

England have received a boost with the news none of their players have tested positive for coronavirus in the last three weeks ahead of next month’s behind-closed-doors Test series against the West Indies.

Blanket negatives extended to support staff, match officials and England and Wales Cricket Board, venue and hotel personnel in the 702 tests conducted from June 3-23 at the ‘bio-secure’ venues of the Ageas Bowl and Old Trafford.

Some people were tested multiple times but the figure announced by the ECB on Wednesday afternoon does not extend to Jofra Archer’s second examination, the result of which will be known on Thursday.

Three individuals from two Sky Bet Championship clubs have tested positive in the latest round of checks.

Tests were carried out on 2,858 players and club staff from the 24 teams in the second tier, with the division resuming last weekend.

An EFL statement read: “Those players or club staff who have tested positive will now self-isolate in line with the guidelines provided by the EFL and only those who have tested negative will be permitted to enter training ground facilities.”

There were no positive results from testing in League One or League Two.

British Swimming and the LTA have become the latest domestic governing bodies to criticise the Government over the latest relaxation of lockdown restrictions.

The Government announced on Tuesday that while pubs, hotels and hairdressers may reopen on July 4, indoor sports like swimming, badminton and gymnastics must wait.

British Swimming chief executive Jack Buckner said: “I agree fully with the other sports on this really poor decision. So much great work has gone on to prepare for pools and indoor sports facilities to reopen.

While outdoor tennis was one of the first sports allowed to be played, it is still not allowed indoors.

An LTA spokesperson said: “We’ve seen a lot of people take advantage of the opportunity to play tennis outdoors over the past few weeks, so it is disappointing that indoor courts will not be able to open yet, and we will continue to make the case to Government for them to open as soon as possible.”

The New York City and Berlin marathons have also been cancelled.