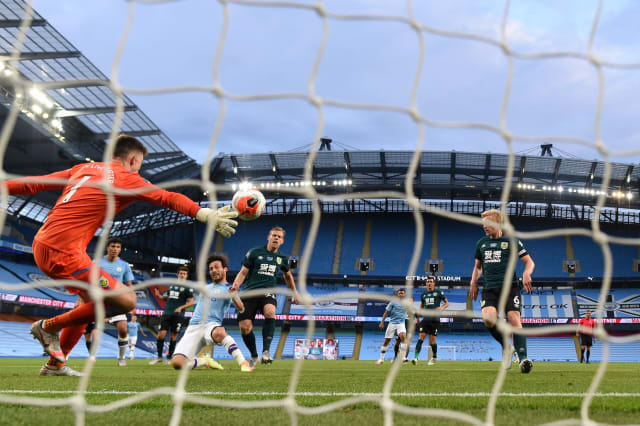 The Premier League’s return this weekend came without the dramatic swing in favour of away teams that was seen in the Bundesliga last month.

Much was made of the loss of home advantage when the Bundesliga came back last month as away teams seemed to thrive in empty stadiums, with only seven home wins in the first 33 games and away teams winning almost half the time.

But of the 12 Premier League games played so far – a full round over the weekend and the two midweek matches last Wednesday – there have been four home wins, four away wins and four draws.

All four of those away wins came against the bottom four sides in the table as West Ham, Bournemouth, Aston Villa and Norwich all tasted defeat on home soil over the weekend, suggesting playing behind closed doors has not dramatically shifted the odds.

The stats in favour of the home teams were helped by second-placed Manchester City playing twice at home in the opening days of the restart, recording comfortable wins over Arsenal and Burnley.

A breakdown of the statistics from the first 12 games show that the average number of goals per match, shots per match and shots on target were all down in the games so far, with away teams suffering the bigger falls.

And a dramatic fall-off in the number of first-half goals suggested teams had a fair amount of rust to shake off following their three-month absence.

That drop hit away teams the most, with away goals down 17.7 per cent compared to 11.5 per cent for their hosts.