Jurgen Klopp would prefer City and Liverpool to meet in Manchester 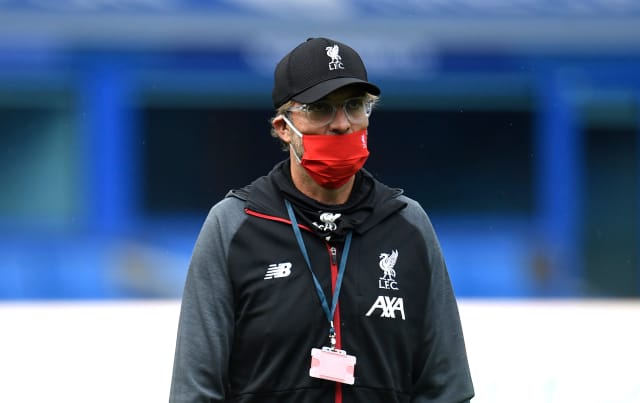 Playing the Manchester City v Liverpool match on July 2 at a neutral venue would be “a challenge” for both teams, Reds boss Jurgen Klopp has said.

A decision on where the match between the Premier League’s top two can be played may be made on Thursday, at a meeting of Manchester City Council’s safety advisory group.

The game had been on a list of five fixtures which the UK’s football policing lead said at the end of last month was set be played at a neutral venue at the request of the local force, as a safety measure amid the pandemic.

Klopp, whose side face Crystal Palace on Wednesday before the encounter with Pep Guardiola’s men, admits his preferred option would be to play at the Etihad Stadium, and is confident supporters of both sides would heed the advice to stay away.

“I would prefer it is at Manchester otherwise it would be really difficult to organise it,” the German boss said.

“I don’t know how it would be, but it would not be in Liverpool so it would mean we both have to go somewhere where we both need a hotel. That is the only issue.

“Apart from that we play where they send us to but I would prefer it in Manchester. But I don’t know about the process, I wait until the final information is confirmed whether it is Manchester or not. It would be a challenge for both clubs.”

The initial list of matches to be assigned to neutral venues also included the Merseyside derby, Manchester City’s home game against Newcastle, the Manchester United v Sheffield United match which will be played on Wednesday night and Newcastle v Liverpool.

The City v Liverpool game is the only one which has not subsequently been confirmed to be played at the original home venue.

The Liverpool fans’ group, the Spirit of Shankly, has asked for input to the meeting along with the City fans’ collective the 1894 Group.

Premier League clubs were told on May 1 that the remainder of the 2019-20 season would have to be played at eight to 10 neutral venues, but further talks between the league, the Government and the police have led to the position shifting.

Concerns over mass gatherings of supporters were behind the initial push towards neutral venues, but Klopp believes the overwhelming majority of people have shown they can abide by the restrictions imposed to limit the spread of coronavirus.

He also pointed to the fact there had been no issues around the Merseyside derby on Sunday, which was approved to take place at Goodison Park by the safety advisory group for Liverpool City Council.

“Maybe I don’t know enough about the history of English football to be concerned about the City game against us but the City stadium is pretty well located to close it down if someone was there close to the stadium, but I don’t see that,” he said.

“The whole period we are in has shown that the massive majority of people really behaved responsibly and seriously and take this situation as it is: the discipline level is probably as high as never before so I was not worried about that.

“I know football fans since I was five years old and 98 per cent of them are completely fine and have the same view on life as I have and love similar things that I do.

“At this moment in time I was not worried about that, but maybe I don’t know enough about it when we go there (to City) but Sunday was a good example, 100 per cent.”