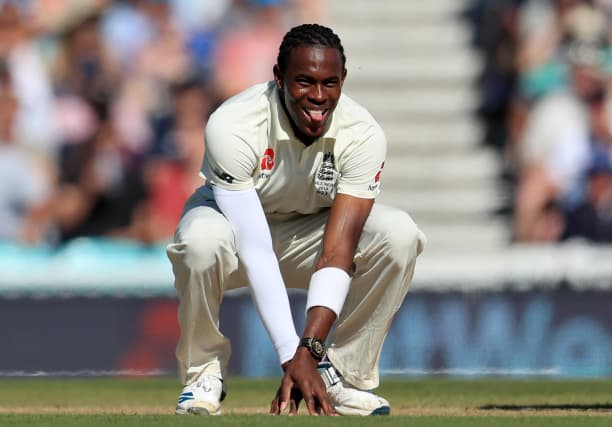 Jofra Archer will join England’s behind-closed-doors training camp on Thursday, if he records a second negative test for Covid-19, after a member of his household felt unwell over the weekend.

England’s players and management team arrived in Southampton on Tuesday afternoon to prepare for the first Test against the West Indies, which starts on July 8 at the Ageas Bowl.

The 25-year-old Archer, and members of his household, already tested negative for coronavirus but the bowler faces another examination on Wednesday before being given the all-clear to resume practice with team-mates.

“England and Sussex bowler Jofra Archer will join England’s behind-closed-doors training camp on Thursday after a member of his household felt unwell over the weekend,” read an England and Wales Cricket Board statement.

“Archer, and members of his household, have tested negative for COVID-19. He will have a second test tomorrow (Wednesday 23 June), and if he tests negative, he will join up with the training group on Thursday.”

Director of cricket Ashley Giles admits it could be difficult to maintain the intensity of Test matches when playing behind closed doors.

England have entered their “bubble” ahead of the three-match series against the West Indies.

That match will also be the first international Test staged since the outbreak of the coronavirus pandemic but will be played without a crowd and Giles is aware that will be a challenge for both teams.

“It will be very difficult to replicate that same intensity,” he said.

“Even going into a Test when there’s no crowds that’s going to be very challenging. But it’s the same for both sides.

“It’s the circumstances we face and, as we mentioned before, there’s a bigger picture than perfect scenarios and being perfectly prepared.

“It’s very important to everyone that we get back to playing Test cricket. But I also think the players are keen as mustard to get on with it now.

“There’s definitely been some nervousness about the situation but they’re cricketers and they’re dying to get out and play some cricket.

“I’m sure when it comes down to it that when someone is trying to knock your head off at 85-90 mph you’ll find a way to get your intensity up pretty quickly from experience.”

The England players in the squad entered a “bubble” on Tuesday which will see them largely confined to the hotel and training facilities and include an inter-squad warm-up game.

“It will be down to all of us to police it,” Giles added.

“The players are all very aware of the seriousness of the situation and the reason why we are putting them in.

“At some point we could have protocols within the bubble that are very very different from protocols in the general population. It is just about removing as much risk as we can.”

After the West Indies, England have plans to play Test and Twenty20 matches against Pakistan and a one-day series against Australia in September and, on the latter, Giles remained optimistic.

“We had a really good conference call with them [Australia] last week,” he said.

“They’ve been one of our strongest partners for years, Australia, and it continues that way. It would be great to have them here.

“Again September is a long way away right now, and a lot could change in that time. Are we confident? Yes, quietly confident, but there’s a lot of water to pass under the bridge yet.”

However, the games against Pakistan have been thrown into doubt after 10 members of the squad tested positive for coronavirus.

The Pakistan Cricket Board announced the results from the latest round of tests on Tuesday, with Fakhar Zaman, Imran Khan, Kashif Bhatti, Mohammad Hafeez, Mohammad Hasnain, Mohammad Rizwan and Wahab Riaz also testing positive along with three players on Sunday.

The Pakistan squad were due to leave for Manchester on June 28 ahead of the series.