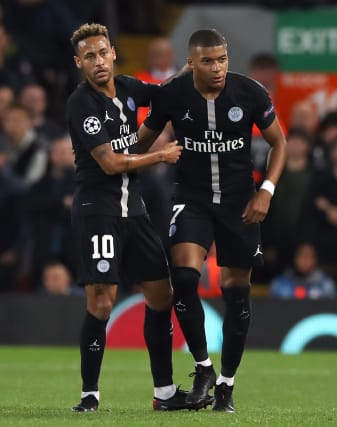 Here, the PA news agency looks at some of the best examples from June 22.

Virgil Van Dijk was delighted to be back on the pitch as Liverpool edged closer to their first league title in 30 years.

While Everton’s Yannick Bolasie – currently on loan with Sporting Lisbon – was happy to wind up Liverpool fans.

Paris St Germain stars Neymar and Kylian Mbappe were back at the club’s training ground with their team-mates.

Inter Milan’s Ashley Young was reflecting on a Serie A victory.

Andrew ‘Beef’ Johnston wants a new sport at the Olympics.

Tyrrell Hatton reflected on his strong performance at the RBC Heritage, where he finished in a share of third place on Sunday.

Ian Poulter had a less successful week at the tournament.

Kevin Pietersen was in planning mode.